The days of battery acid brewing in a pot on a hot plate are long over, and c-store coffee programs will be hard-pressed to win drinkers these days without recognizing that consumers are on the prowl for premium coffees at palatable prices.

A shortage of minutes and money among consumers nationwide is driving demand for greater value and variety in daily purchases, including coffee, and leading c-store chains have responded by expanding coffee programs to become complete destination centers rife with premium blends and value pricing.

Coffee and hot beverages account for almost 53% of all dollars spent on c-store foodservice items, and in the industry as a whole this category is fourth in generating gross profit margins, subordinated only by packaged beverages, cigarettes and foodservice, according to the 2008 NACS State of the Industry (SOI) report.

It would be a mistake not to recognize coffee as a key segment, no matter what the trends and challenges. At 7-Eleven, where about one in five customers purchases a hot beverage, operators have recognized the importance of a well-positioned coffee offering.

“We did a significant size research project last fall with coffee-to-go consumers, and they told us they still want a great-tasting, affordable cup of coffee with speed of service,” said Rick Wilshe, 7-Eleven’s brand manager for hot beverages. “Freshness and customization are also important to them.”

Wilshe said 7-Eleven is seeing increased interest in premium beans, which 7-Eleven uses, as well as organic and free-trade country origins. The chain still offers its Fusion Energy coffee, an energy-infused drink, as well as popular flavors including hazelnut, Irish cream and French vanilla and World Roast flavors such as Columbian and Kona.

As a whole, the U.S. coffee market grew more than 8% this year to become a $30.7 billion behemoth, with retail coffee sales making up $10.1 billion, a 1.1% increase over the year prior, according to Datamonitor’s 2008 U.S. Coffee Market Overview.

About 55% of U.S. adults, meanwhile, purchased coffee every day this past year, down just 2% from the year prior, according to the National Coffee Association’s (NCA) 2008 National Coffee Drinking Trends Study. For the second year in a row, daily coffee sales outpaced that of soft drinks, which had bested coffee for seven years before tying the category in 2006 and then trailing in 2007.

Among consumers ages 18-to-24, coffee consumption dropped to 26%, down from the 37% high the group posted in 2007, NCA’s study showed. Coffee consumption in the 60-plus age group dropped 3% in the same period, while coffee sales among the 25-to-39-year-old and 40-to-59-year-old groups increased and held steady, respectively.

C-stores are well positioned to cash in on consumers’ coffee cravings. Java sales at convenience stores grew roughly 5% annually since 2002, and the category is expected to grow another 2.4% each year through 2012, according to Datamonitor. Conversely, coffee sales in other retail channels are forecast to grow just 1.1% annually. 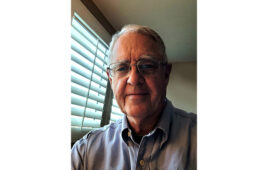