There’s no doubt that 2009 will go down as one of the most challenging years ever for the convenience store and petroleum industry. Combined with the poor economy that plagued marketers all year, credit card fees and tobacco regulations added fuel to a fire that, quite honestly, was already burning out of control.

For this month’s cover story, CSD polled our readers to find out what the biggest issues were as we head into 2010. Predictably, the top five issues were credit card fees, tobacco, operating costs/PCI compliance, foodservice and “green” opportunities to help stores run more efficiently.

While PCI compliance and greener practices were deemed to be top issues, not surprisingly, it was credit card fees and tobacco that seemed to get operators talking the most. Fortunately, some of what they had to say was printable.

“Fees having gotten to the point now where they are frankly out-of-control,” said Keith Jones, government affairs director for 7-Eleven Inc. in Dallas, which led a consumer petition drive opposing credit card fees that drew 1.7 million signatures. “If you are selling gas right now and the price of gas spikes again, when you factor in the interchange we will be losing money selling gas. The formula doesn’t work in the c-store industry.”

NACS has led the charge against hidden interchange fees, helping to organize and support the Merchant Payments Coalition (MPC), a group of convenience stores, supermarkets, drug stores, gas stations, online merchants and other businesses who are fighting against unfair credit card costs.

“We hope that 2010 is the year that we do see some relief,” said Jeff Lenard, vice president of communications for NACS. “We’ll take it however we can get it. Essentially, there are challenges and opportunities within Congress.”

Another area where lawmakers are impacting the industry is tobacco. In June, the FDA was granted authority to regulate tobacco products. The industry, for the most part, has accepted this. By and large what retailers are most frustrated by is the lack of leadership displayed by the FDA, a group that hardly sets the gold standard for a watchdog agency.

“The government is being very intrusive here,” said Thomas Briant, executive director of the National Association of Tobacco Outlets (NATO). “We have seen just in the past six months the FDA take what I refer to as a very activist role in rolling out their regulations. They have said repeatedly that they want to communicate and work with the industry, however, their actions generally are the opposite: they issue regulations and notices of regulations and guidelines without talking with the industry. They say one thing and do another.”

Most concede that this spate of legislation is only the beginning. Briant views it as government taking small steps toward prohibition. Certainly not welcomed news heading into the new year.

Brighter Days Ahead?
But there is reason for optimism. These issues appear to be drawing the industry closer together. Many of the operators I have spoken to appear more resolved than ever to present a unified front to card companies and lawmakers, two groups that hold so much of the industry’s future in the palm of their hands.

“I am in awe at how well the industry is working together to overcome these difficult issues,” Jim Callahan, director of marketing for Geo. H. Green Oil in Fairburn, Ga., told me in a moment of sublime candor. “These issues seem to transcend competition and people are willing to put aside their differences for the greater good of the industry. Whatever the outcome is, this unity is a good thing for the industry and will make us stronger in the long term. And that’s something we need to recognize.”

That’s the optimistic note on which I’d like to end the year. Happy Holidays to all and here’s to a productive 2010. 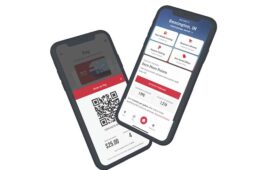