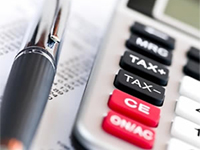 Cash use, which has been declining in U.S. payments transactions, will continue to do so through 2015. But it is far from vanishing. While 30% of consumers use cash less often than they did two years ago, 20% use it more often. Gen Y is the only generation more likely to use cash more often today than it did two years ago.

“Despite forecasts of a cashless society, the U.S. is nowhere near the realization of this vision,” said Ron Shevlin,  senior analyst with Aite Group and author of this report. “In fact, if the use of cash were to decline by 17% every five years—our forecast for 2015—the use of cash in the U.S. wouldn’t fall below $1 billion before the year 2205, roughly 200 years from now.”