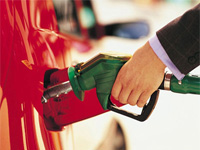 On Tuesday, April 17, the House Energy and Commerce Subcommittee on Energy and Power approved a bill along party lines known as the “Gasoline Regulations Act of 2012,” which would delay EPA’s 2008 ozone requirements and it’s new Tier 3 gasoline proposed rule until an interagency study is completed to see how those rules will impact prices at the pump.

The Petroleum Marketers Association of America (PMAA) supports the “Gasoline Regulations Act of 2012,” and is urging members of Congress to cosponsor the legislation.

If EPA were to finalize a rule requiring Tier 3 gasoline and new ozone standards, these rules would force much of the country into nonattainment status, which would require refineries to make a lower RVP fuel and, in many cases, reformulated gasoline. PMAA opposes Tier 3 gasoline and the new ozone requirements because they would dramatically increase prices at the pump.

EPA has publicly announced plans to have a final rule on Tier 3 gasoline completed by the end of the year which would lower the sulfur content in gasoline from 30 parts per million (ppm) to 10 ppm. Secondly, EPA intends to make determinations as to which areas in the U.S. are in attainment or nonattainment. The determinations are slated to be released by May 31, 2012.

EPA, in 2008, set the primary national ambient air quality standard for ozone at 0.075 part per million. The agency put the 2008 standard on hold while it reconsidered the rule with the goal of setting a more stringent standard. The Obama Administration stopped the reconsideration process in September 2011, and the agency now is implementing the 2008 standard.