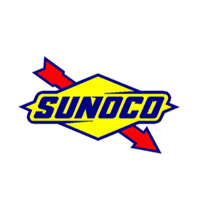 Energy Transfer Partners, a Texas pipeline company, has received many calls about Sunoco’s gas stations since the merger was announced April 30, Martin Salinas Jr., the company’s chief financial officer, told analysts this May.

Kelcy Warren, CEO of Energy Transfer Partners, bought Sunocoo for $5.3 billion. He said he is “very comfortable” with owning the iconic gas brand that has been a Philadelphia fixture for more than a century.

Sunoco’s retail unit could be worth $1.8 billion, an analyst told a Wall Street Journal blogger this week. Analysts also said potential buyers include Marathon Petroleum, a refiner that operates 5,100 outlets in 18 states; Alimentation Couche-Tard, which has 3,500 Circle K stores in the U.S.; and Global Partners L.P., which operates 800 fuel outlets in the Northeast under several brand names.

“We would be very interested in it of course,” Global Partners chief financial officer Thomas Hollister told investors.

“Those guys are not into retail business,” said John  Cusick, analyst with Wunderlich Securities in Memphis.

Although the change in ownership means a lot to the c-store industry, it will not affect the customers much. A new owner at any of the 4,900 locations would continue to operate the stations under the 126-year-old Sunoco brand, which the company has heavily promoted through its sponsorship deals with NASCAR and IndyCar, which continues until 2019 and 2014, respectively.

“Sunoco has a good amount of brand recognition, especially in the Northeast,”  Bradley Olsen, an analyst with Tudor, Pickering, Holt & Co. told the Philadelphia Inquirer.

Senior Vice President Robert Owens, who has led Sunoco’s marketing unit for more than 10 years, encouraged the workforce to stay with the stores, though there is a change in management.