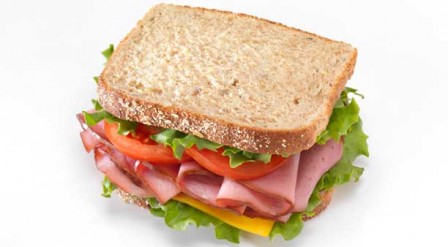 Sides, combo meals and even small equipment purchases can take your foodservice program from blah to booming.

Just being on top of trends can help overcome the perception some customers have of convenience store fare as being stale, soggy or unappealing. What’s in Store noted 82% of consumers enjoy visiting delis that feature new and trendy items, regardless of whether they regularly purchase these items. Fresh, local, and organic salads and side dishes are rising in popularity, as are ethnic entrees—all of which can up your deli’s credibility as a worthwhile food destination.

Hit N Run lines its deli program at seven of its stores with local favorites and American classics. The offering includes fried chicken, chicken tenders, fried seafood—shrimp, crawfish and fish—po’ boys, sandwiches, hamburgers and hot dogs. Breakfast items, including biscuits, stuffed bread and smoked sausage are available in the morning. Local items like Boudin—beans and rice mixed together inside a sausage casing—and side items, such as jambalaya and red beans and rice, are available throughout the day.

Is Your Store Ready?
Before rolling out a deli program, it’s crucial to ensure your store is ready. “You have to have a clean store, you have to have a super clean deli counter. It’s an absolute must. If you have a dirty bathroom you cannot have a successful deli,” said Jim Callahan, director of marketing for Green Oil.

Callahan noted that chains like QuikTrip, Wawa and Sheetz are among chains doing a “tremendous job” with deli, laying a path to success that other chains can emulate. “They are the pied pipers, so to speak,” he said.

In addition to having superior fare, these top-quartile c-store chains put food quality and store cleanliness at the top of their priority list, and their sales prove it. It is vital to be willing to toss spoiled products and old coffee. “If you wouldn’t want your mother to eat or drink it, have the good sense to throw it out,” Callahan said. “If you don’t have a reputation for always having a fresh deli, you are lost.”

Brent Mouton, founder of Hit-n-Run Food Stores, agreed. “All of our stores with deli have deli cases where we keep the food warm. You have to rotate the food and keep it fresh,” he said. “The product will only hold an hour to an hour and a half in the deli case before it hardens up. We have to make sure the staff isn’t increasing the holding time on their own. I’ll go in the afternoons after lunch and make sure the food in the case is still fresh—if not you have to throw it away and start over again. That’s part of having a deli, you’re going to have some waste.”

One challenge in running delis at multiple stores is ensuring a consistent product at every location. “We have to make sure someone doesn’t take liberties to make it their way or add more spice or cook it differently,” he said. “We take the time to go around to each store to make sure all the policies are followed and that all the food is made according to the menu.”

Start With Condiments
Even if you’re not ready to lay down the capital to launch a full-blown deli program, making small improvements to your current program can go a long way toward increasing sales. If you’re a chain with a basic roller grill, one easy way to step foodservice up a notch is with an expanded condiments section.

“Good deli toppings for stores that don’t have a strong deli would be things like relish, pickles and even deviled eggs that come in gallon containers,” Callahan said. Green Oil features gallons of several such items, including jalapeños, which resonate with Hispanic and non-Hispanic customers alike. “Each item that you impress your customers with gives them more confidence in your food program and makes them want to come back,” he added.

Small equipment purchases could also raise your foodservice status. “We spent an extra $700 to have a bun steamer for our hot dogs. Not a bun warmer—which will dry them out—but a bun steamer, which keeps the buns soft, fresh and hot,” Callahan said. “The sales lift was tremendous.”

Another boon for business can be found in adding a steam table that will keep items from stew to spaghetti hot for customers. “It’s something where suppliers might either give you the steam table or give you free product to help offset the cost of the steam table,” Callahan said.

Combo Meals
Snacks can be paired with foods to create a value-added combo meal. Green Oil offers an all-beef hot dog, a bag of Frito Lay chips and a 20-ounce fountain drink for $2.99.

Hit-n-Run also does a strong business with combo deals, which offer a main course offering plus a side, a fountain drink and a roll. The combo has helped boost sales for the chain. “Customers today are accustomed to walking into major fast food chains, looking at a menu board and saying, ‘I’ll have a No. 2 and this kind of drink.’ It speeds up the transaction and minimizes the amount of time it takes at checkout,” Mouton said.

Lifting Sales
While Hit-n-Run has always had some form of deli program, it has put more of an emphasis on food sales as tobacco profits and gasoline margins have slipped. “We’ve found that deli pulls up everything else in the store—fuel gallons, candy—every category across the board,” Mouton said.

If you’re ready to embark on the next phase of your deli program, Callahan and Mouton agreed that commitment is key.

“Foodservice is not something you can take lightly,” Mouton said. “If you have an under-performing location, putting in foodservice isn’t necessarily going to turn it around. It’s better to focus on and commit to doing it right. It is a different type of business that requires a different type of focus.  That’s the biggest challenge I’ve seen for chains—some want to run it like a little sidebar in the store, but not fully committing to doing it right is a recipe for failure.”