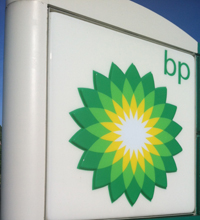 “As an established refiner and marketer, Tesoro provides a strong future for the business and for its employees,” says Iain Conn, chief executive of BP’s global refining and marketing business.

BP reached an agreement to sell its Carson, Calif., refinery and related logistics and marketing assets to the Tesoro Corporation for $2.5 billion in cash as part of a previously announced plan to reshape BP’s fuel business.

“Together with the intended sale of Texas City, this will allow us to focus on BP’s operations and investments exclusively on our three northern U.S. refineries, which are crude feedstock advantaged, and their large and important marketing business,” Conn said.

Tesoro is set to acquire the 266,000 barrel per day refinery near Los Angeles, as well as the associated logistics network of pipelines and storage terminals and the ARCO-branded retail marketing network in Southern California, Arizona and Nevada. The closing is expected to happen before mid-2013.

BP will sell the ARCO retail brand rights and exclusively license those rights from Tesoro for Northern California, Oregon and Washington, and continue to produce transportation fuels at its Cherry Point, Wash., refinery. BP will also keep its ownership of the ampm convenience store brand and franchise it to Tesoro for use in the Southwest.