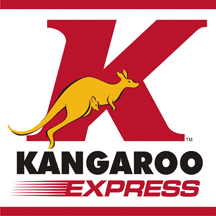 Pantry Inc. has announced that Joe Venezia is joining the executive leadership team as senior vice president of operations.

Prior to TitleMax, Venezia worked at Walmart where he served in several regional general manager positions before being appointed to division president for the northeast division. In the northeast division, he was responsible for 420 stores and over 100,000 employees. He also worked as president and general manager for Wells Fargo Merchant Services and as a brand manager for Proctor & Gamble.

“Joe is a proven leader with an impressive blend of operating and brand management experience,” said Dennis Hatchell, CEO for The Pantry, which operates 1,589 stores in 13 states under select banners, including Kangaroo Express. “He is ideally suited to lead operations at The Pantry with a successful track record of growing retail and consumer goods sales.”

Venezia earned a bachelor’s degree in civil engineering from the U.S. Military Academy in West Point, N.Y. He has also served as a captain and company commander in the U.S. Army and received a Bronze Star Medal for his bravery during Operation Desert Storm.