Mini meals, a surge in male shoppers and a new appreciation for the frozen aisle to 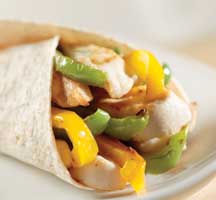 Snackable mini-meals and frozen foods take center stage in supermarket aisles this year while dads and Millennials get more comfortable and powerful in the kitchen, said Supermarket Guru Phil Lempert.

Lempert, a well-known food industry expert who works closely with ConAgra Foods and retailers across the U.S., holds the reputation as the premier forecaster of consumer behavior within the world of food. This year, Lempert forecasts the most dramatic food changes are not what consumers are eating, rather who is doing the shopping and how consumers are eating.

“Not only will there be an increase in male and Millennial grocery shoppers, but there will be a dramatic shift in the sizes of meals and an emphasis on frozen food,” said Lempert. “Consumers are looking for food to prepare quickly and conveniently while offering fresh, high-quality ingredients and homemade taste.”

For 2013, Lempert sees these 10 topics gaining attention from consumers:

Snacking and Mini-Meals: In 2013, Lempert said we’ll see smaller bites and more frequent eating patterns that reduce overall portion size and increase variety. Restaurants will add more small plates and appetizers to the menu while grocery stores and companies like ConAgra Foods will offer new snacks with appropriate pre-portioned options to take the guesswork out of portion sizes. According to the NPD Group, more than half of Americans snack 2-3 times per day, while one in five eating occasions is a snack. Look for food brands to release more snack-friendly products like Healthy Choice Greek Frozen Yogurt, Snack Pack Bakery Shop Pudding and Orville Redenbacher Ready-to-Eat Popcorn.

Men in the Supermarket and Kitchen: Men and dads are getting more comfortable and powerful in the kitchen. Lempert predicted supermarkets will increase their focus on men in 2013 as they’ve become more active in shopping, meal planning and cooking. According to a June 2012 survey from Cone Communications, more dads than moms (52% compared to 46%) plan meals for the week ahead. Some supermarkets are even experimenting with “man aisles” – locations in the store featuring male-oriented foods and other products to make shopping and impulse buying more targeted.

Evolution of Frozen Foods: According to NPD Group’s National Eating Trends, fewer meals are made from scratch (59% in 2011, down from 72% in 1984) as many Americans are spending less time in the kitchen.  There is a myth that home-cooked is always more nutritious than frozen. However, according to the FDA, there is virtually no nutritional difference between fresh and frozen fruits and vegetables.

Lempert reported that frozen fruits and vegetables are typically harvested and flash frozen, leaving them more nutrient dense than their fresh fruit and vegetable counterparts, which can spend as much as half of their peak freshness period in distribution.  Many frozen foods like Healthy Choice meals are portion-controlled and start with fresh ingredients, homemade pastas and blended cheeses, and have saturated fat and sodium levels that are much the same as their home-cooked counterparts, if not lower. ConAgra Foods offers other single-serve and multi-serve frozen entrées with Marie Callender’s, Bertolli and P.F. Chang’s Home Menu meals.

The Impact of Millennials: According to Lempert, in 2013 supermarkets and food companies will cater more toward Millennial consumers with affordable foods that are flavorful and ethnically diverse. Millennials, those born between 1982 and 2001, will represent 19% of the population by 2020, and will have double the buying power for food-at-home. Millennials also love food, and their passionate interest is led by their desire to understand where foods are from, preparation and how food is served. A recent Jefferies Alix Partners study found that Millennials are also deal seekers and are much more focused on finding the lowest price over brand loyalty.

Smart Home, Smart Phone: Smart phones and technology are prevalent in the food industry, but the newest wave of technology includes smart phones that network with kitchen appliances and allow consumers to do everything from checking how much milk they have left in the refrigerator, to turning the oven on from another room. Lempert said that the next generation of mobile apps may determine if fruits and vegetables are ripe, if refrigerated and frozen foods have been kept at the correct temperature farm to freezer and even test for foodborne bacteria—a personal “food lab” in every shopper’s pocket.

Breakfast Becomes the Most Important Meal of the Day: According to the NPD Group, 90% of U.S. consumers reported that they eat breakfast every day, but Lempert acknowledged the conversation is shifting to what foods are best to eat for breakfast. He suggests balanced breakfast options like egg white omelets, whole grain bread and Greek yogurt with fresh fruit. Consider new Egg Beaters Three Cheese or Egg Beaters Florentine as staples for achieving a satisfyingly nutritious breakfast. Made of real egg whites, Egg Beaters has more protein and fewer calories than most breakfast options made with shell eggs.

The Story Behind Our Food: 2013 will be a transitional year as on-package claims proliferate and confuse. He anticipated supermarkets taking on the role of gatekeeper and actually demanding proof and transparency of claims before they will permit products to be sold on their shelves. The role of retail dietitians will increase as their influence and education becomes more important to everyday buying decisions. Consumers are reading labels and selecting their foods more holistically based on all the “food factors” including taste, ingredients, source, nutritional composition, as well as who is making their food along with an understanding of impact on the environment.

The Economy- New Proteins: The U.S. Department of Agriculture estimates the cost of both beef and chicken will increase by at least 5% due to the 2012 drought and declining supply. As a result, Lempert anticipated a major shift in the nation’s protein food supply away from meat-based proteins and shifting to meatless proteins like eggs, nut butters, tofu, beans and legumes.

Sustainability- We Stop Wasting Food: The National Resource Defense Council estimates 40% of food goes uneaten each month in the U.S. Not surprisingly, the Eco Pulse Survey from the Shelton Group reported 39% of Americans feel the most “green guilt” for wasting food, almost double the number who feel guilty about not recycling. Because so many Americans are wasting food, Lempert recommended planning meals ahead of time, checking expiration dates at the store, opting for portion-controlled freshly frozen foods and creative innovative recipes to spice up leftover food. Consider sites like ReadySetEat, which offers quick and easy recipe ideas, along with several recipes for using leftovers.

The Boomer Reality of Diabetes, High Blood Pressure and Heart Disease: Studies by the NPD Group show that nutrition and healthy eating habits are top meal-planning priorities for Boomers. A recent study by ConAgra Foods found that eating canned tomatoes provides the greatest source of antioxidants to Americans’ diets – more than any other non-starchy vegetable. People who tend to eat low-fat diets rich in fruits and vegetables tend to have a decreased risk of cancer and heart disease. Boomers may want to c
onsider adding food like Hunt’s tomatoes to their cabinets to increase their intake of antioxidants. Because Boomers will control more than half the dollars spent on grocery foods by 2015, look for more heart-healthy antioxidant-rich foods, including oily fish such as salmon, as well as green tea, sweet potatoes, dark leafy greens, popcorn, berries and whole-grains to take over supermarket shelves.