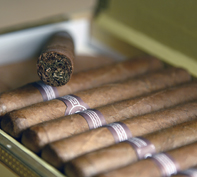 The c-store industry continues to monitor the FDA’s deeming rules regarding cigars and what it means going forward.

The federal government’s recent decisions concerning tobacco products, specifically cigars, underscore the need for vigilance and involvement on the part of convenience store operators, not just to maintain category sales, but to avoid regulatory issues.

In April, the U.S. Food and Drug Administration (FDA) released its proposed regulation deeming, among other tobacco products (OTP), cigars as subject to the 2009 Family Smoking Prevention and Tobacco Control Act. In July, the FDA extended the comment period until Aug. 8.

Deeming regulations, of course, are an extension of the FDA’s regulatory authority, and are applicable to cigars, pipe tobacco, electronic cigarettes, nicotine gels, dissolvables and hookah tobacco.

“It’s a question of how many specific regulations the FDA may apply or extend to these other six categories,” said Thomas Briant, executive director of the National Association of Tobacco Outlets (NATO), “and that’s what the comments were all about.”

“The reason it’s important that it was extended is that it gives the different segments of the industry longer to work on a deeming regulation, and how we can all come together on certain issues,” said Craig Williamson, executive director of the Cigar Association of America in Washington, D.C., a national trade association representing cigar manufacturers, importers, distributors and suppliers.

The need for grassroots involvement is critical, said Williamson. The FDA, Williamson pointed out, has had four years to put out this regulation, but allowed the industry only 75 days in which to comment, but going forward, continued dialogue with government and elected officials is encouraged.

“Tell them, ‘This is our livelihood; this helps us send our kids to college. Please don’t over-regulate our ability to sell those products.’ If convenience stores saw something in the deeming regulations that will infringe on their business and have questions or comments, I encouraged them to write in.”

At the store level, Williamson continued, retailers will not have to make any changes immediately. “The FDA will go through all the comments and it will take some time to do that. Then they will come out with what they propose after releasing all the comments, sending it through the OMB (Office of Management and Budget) again to make sure what they want to do is fiscally sound. So there is time; they are not going to have to make changes overnight.”

Status Quo
For the time being, however, the status quo on popular-priced cigars remains intact—as do the sales at store registers.

“Cigars are a big part of c-store sales,” said Sal Risalvato, executive director of the New Jersey Gasoline, C-Store and Automotive Association (NJGCA), formerly the New Jersey Gasoline Retailers Association, based in Springfield, N.J., “and anything that deals with taxes or regulations on any tobacco product is of concern to small business owners who use them as a profit center.”

What Briant underscored for convenience store retailers is the fact that the FDA can always—and most likely will—come back at a later date and propose other cigar regulations. “But they have to complete this set of deeming regulations first. It’s going to be about a year to a year-and-a-half, according to my best estimate, before the FDA will finalize its deeming regulations. At that time, they could propose additional regulations if they wanted to,” he said.

Briant concluded, “From an FDA standpoint, the status quo will continue for the foreseeable future, unless and until the FDA issues additional proposed regulations at some point down the road.”

“I think the retailers are going to be okay,” Williamson added. “It’s just a sense that we have to be sure that we are still able to manufacture our products and get them to the retailers so they will still be able to sell.”

Washington, D.C.-based Cigar Rights of America is urging the FDA to exempt premium cigars from its regulatory authority, arguing that failure to do so will result in higher prices, fewer options and a curtailment of free samples, and thus sales. But officials at the regulatory agency are already on record as saying that it does not consider handmade cigars under $10 to be “premium.”

Risalvato said he remains relatively confident that raising the minimum age for consumers to buy cigars to 21-years-old from 19 won’t pass. “I believe that there are a significant number of legislators who won’t support it.”

Many politicians want to stay on the good side of their military constituencies, he said.

“Raising the age means a soldier who leaves the Fort Dix base and is driving to see his family and wants to stop at one of the many stores along Route 539 can’t go in and pick up a pack of smokes,” said Risalvato. “Literally, they are telling a soldier in uniform he can’t go buy a pack of cigarettes. There are a lot of legislators who are saying, ‘This is not making a lot of sense.’”

C-store operators also need to remain vigilant about increased taxes on the cigars they sell, said Risalvato. “They have gotten so high that it has become offensive to the consumers who use them.”

LEGAL CONSIDERATIONS
The most worrisome area in which c-stores need to keep close tabs on lawmakers, he added, is age restrictions, which he called burdensome for a variety of reasons. The most obvious one is that it limits the universe of potential purchasers. Less obvious, perhaps, are the potential criminal implications.

“The other biggest problem that I have with it right now—and I have complained to the legislature—is that they are criminalizing the person selling it, but not the person who’s purchasing it,” said Risalvato. “They don’t criminalize the possession, purchase or use, but they criminalize the staff. This means there is no incentive for me to not try and pull the wool over a store clerk’s eyes and make a purchase because I’m not going to be penalized, he’s going to be penalized. That’s a big issue with me.”

Indeed, Risalvato pointed out that his members have for years partnered with local law enforcement to help enforce regulations. Retailers have also been asked to help enforce vehicle idling laws outside stores, help recycle plastic and glass bottles and impose a fee on shoppers for using plastic bags.

Risalvato urged retailers to monitor the regulatory process and to not stop marketing cigars.

“But they should be vigilant and proactive politically to make sure these things don’t continue to happen,” Risalvato concluded. “They have to speak up. I can’t do it for them. I am insignificant; I’m just a hired gun on (association members’) behalf. But when the small business owner calls or writes a letter and says, ‘Hey listen, you’re stabbing me in the back here,’ it has a different impact.”