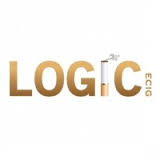 The No. 2 electronic cigarette company in the U.S. extends international distribution.

Through a partnership with Hilary’s Salesmaster Inc., LOGIC’s line of electronic cigarettes will be brought to more than 30,000 accounts operated by the distributor nationwide.

LOGIC holds the No. 2 rank for dollar and unit share in the U.S., and according to market research firm Nielsen, LOGIC is the single most established e-cig company to experience significant growth in 2014. LOGIC products include both disposable and rechargeable versions and are available in traditional and menthol flavors.

“We are excited to expand LOGIC’s distribution in Canada and are thrilled to be working with Hilary’s Salesmaster, a company with a vast footprint within the Canadian market,” said Miguel Martin, president of LOGIC Technology. “We offer a premium product for adult consumers, as well as high margins for our retail and trade partners, and we are eager to meet the demand of consumers in Canada with our products.”

“Hilary’s is excited to bring LOGIC to the Canadian marketplace. We have an extensive marketing campaign aimed at making LOGIC the No. 1 brand in Canada,” said Stewart Ingles, president of Hilary’s Salesmaster Inc. “With our distribution and marketing skills, combined with the support of LOGIC Technology, we will strive to build LOGIC as the preeminent e-cig brand in Canada.”