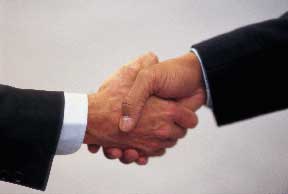 Wells Fargo calls the move a huge win for both companies.

Coca-Cola  and Monster announced a strategic partnership, wherein Coca-Cola is buying a 16.7% stake in Monster for $2.15 billion in cash.

Wells Fargo Securities weighed in on the decision and how it will help both companies leverage their strengths.

“We believe this transaction is very powerful because it: (1) Leverages Coca-Cola’s vast global distribution network—as part of this partnership, the Coca-Cola System will become the “Preferred Global Distribution Partner” for Monster energy leveraging Coca-Cola’s best-in-class distribution, which we expect will significantly accelerate Monster’s international business; (2) Accelerates Coca-Cola and Monster’s Global Volume Growth —Coca-Cola’s distribution of Monster’s energy portfolio will likely accelerate Coca-Cola’s overall global volume growth and Monster’s global volume should accelerate via its access to new markets and channels; and (3) Creates More Focused Portfolios for Both Coca-Cola and Monster—Monster is transferring all of its non-energy brands to Coca-Cola, while Coca-Cola is transferring ownership of its worldwide energy business such as Burn, NOS and Full Throttle to Monster. As a result, both companies will be able to capitalize on each other’s respective strengths,” noted Bonnie Herzog, managing director, Beverage, Tobacco & Convenience Store Research, Wells Fargo Securities LLC.

Wells Fargo Securities predicts the partnership will be a “win-win” for both companies, and expects both stocks to trade favorably thanks to news of the partnership.

“The deal plays on the strengths of both companies,” agreed Tyler Allen, media relations specialist, industry research, IBISWorld Inc. “It aligns Coca-Cola’s fledgling energy drink business with Monster’s expert team of marketers and promoters while giving Monster access to Coca-Cola’s vastly superior global distribution apparatus. The move is likely to bolster business for Coca-Cola, which has sought to expand its presence into the burgeoning market for new alternative beverages amid declining soda sales. It will also allow Monster to more aptly globally compete with its primary rival, Red Bull, which has a 32.9% share of the Energy Drink Production industry.”