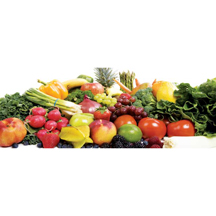 Some 27% of Millennials are more responsive than the average consumer to health packaging claims.

Nielsen has released its August 2014 “Health and Wellness in America.”

Among the study’s findings is the disconnect between American’s desire for a health lifestyle and actual behavior.

According to findings in the Nielsen/NMI Health & Wellness:

·         64% say they will take whatever means necessary to control their own health but 66% say they don’t exercise enough and more than 50% say they “splurge” when dining out and yield to cravings.

So why do we have this disconnect?

Another trend noted in the study is the use of fortified or nutritionally-enhanced and functional foods and beverages, which has exploded over the last few years. Nielsen found on- third of American adults say they believe that functional foods and drinks can be substituted for some of the medicines they take.

The new Nielsen/NMI Health & Wellness in America report studies this phenomenon as well as other health and wellness trends impacting Americans today.

·         Americans are label conscious: 73% of Americans said they had consumed high protein food and beverages in the past year.

The study also revealed that opportunities exist to educate consumers on nutrition. Some 40% of respondents expressed confusion over nutritional labeling on packages. To assist customers, manufacturers and retailers alike need to provide consumers with easy-to-understand and transparent nutritional information, the report noted.