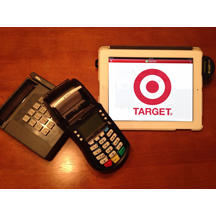 •  Net pre-tax data breach expenses of $111 million, or 11 cents per share. Target suffered a data breach, which resulted in the theft of about 40 million credit card records belonging to customers between Nov. 27 and Dec. 15, 2013.

•  Pre-tax impairment losses on undeveloped U.S. land of $16 million, or one cent per share, and;

“While results from the quarter didn’t meet our expectations, we are seeing some early signs of progress as we work to improve results in the U.S. and Canada,” said John Mulligan, executive vice president and chief financial officer of Target Corp. “In the U.S., traffic trends continue to recover and monthly sales are improving, with July comparable sales up more than 1%. Better U.S. sales have continued into August, driven by early back-to-school results. In Canada, the team is making important changes to operations and the merchandise assortment with a focus on delivering improved results by this holiday season.”

“While Target issued preliminary results in early August in a bid temper Q2 performance expectations, we anticipate more bad news in the form of revised full-year estimates,” predicted Kelly Tackett, U.S. Research Director at Planet Retail. “Target continues to struggle with retailing basics—right product, right time, right place—in both its U.S. and Canadian divisions. After months of radio silence, management finally provided a roadmap the Canadian turnaround, but we still lack a definitive plan to address the U.S. In its home market, improving store-level execution and delivering newness and excitement in marketing and merchandising must be top of the to-do list for new CEO Brian Cornell.

“Cornell also must deliver strategies for small-box expansion and omni-channel, both areas where competition is intensifying and Target remains a laggard,” she added.

Tackett added that “one-off initiatives” such as extending operating hours in the U.S., are only a tiny piece of the solution. “Longer hours will boost traffic but are unlikely to deliver substantial basket size or margin improvement, as many late-night purchases will be confined to the grocery aisles,” she said. “Although ultimately surmountable, the problems Target faces in returning to comp-store sales growth in the U.S. and saving its Canadian operations aren’t ones with easy fixes. Expect several more tough quarters before we begin to catch glimpses of the Target of tomorrow.”