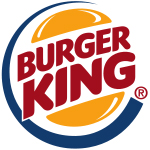 Burger King Worldwide Inc. is set to acquire Tim Hortons Inc., in a move that Burger King executives claim is motivated by global expansion opportunities as opposed to lower tax rates in Canada.

The U.S.-based Burger King made its official announcement Tuesday that it is acquiring Canada-based Tim Hortons for $11 billion, creating the third largest fast-food company in the world. The combined company will see $23 billion in annual sales and offer more than 18,000 restaurants in 100 countries.

The new global company will also be headquartered in Canada, but each brand will be managed independently, with Burger King retaining its U.S. offices in Miami, according to a joint statement between the companies, as reported by USA Today.

News that the fast-food giant will be based out of Canada, is drawing scrutiny over potential tax inversion motives, where a U.S. company reincorporates in a foreign country with lower tax rates in order to reduce overall taxes.

But Burger King CEO Daniel Schwartz, told USA Today that the deal was not about taxes but about global expansion opportunity, and that the corporate tax rate paid by Tim Hortons in Canada is in the mid-20s percentage-wise, which is similar to the blended tax rate Burger King pays globally, including U.S. taxes.

Only time will tell if customers agree.