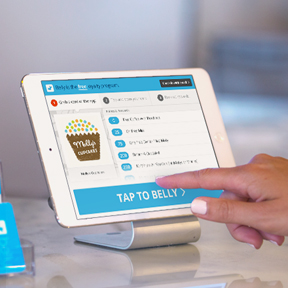 Loyalty program to grow to more stores across the nation.

7-Eleven is growing its partnership with Belly, a Chicago-based loyalty platform that teams with merchants to provide shoppers with rewards for repeat purchases.

This expanded partnership will bring Belly to more than 2,000 new 7-Eleven convenience store locations in Chicago, Los Angeles and the Northeast, as well as in Austin, Texas, and Vancouver, British Columbia. By the end of 2014, Belly expects to be available in one-fourth of 7-Eleven’s U.S. and Canada locations, The Chicago Tribune reported.

7-Eleven’s 7-Ventures invested in Belly a year ago. Customers us a QR code on an app—which Belly says has been downloaded by more than three million users. Customers scan the QR code on an iPad screen that Belly puts in participating stores.