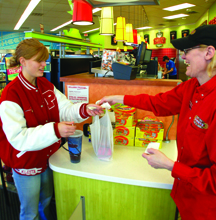 Technology and automation to be the biggest trends impacting convenience stores in the future.

“You can’t connect the dots looking forward,” Steve Jobs once cautioned. “You can only connect them looking backwards, so you have to trust that the dots will somehow connect in your future.”

And so as Convenience Store Decisions celebrates its 25th anniversary it is fitting to look ahead, but also to begin with a step back. How would c-store retailers back in 1989 have viewed today’s industry?

“In many respects the convenience stores that exist today would seem dramatically different, both in how they operate and in what they sell,” said Jeff Lenard, vice president of strategic industry initiatives for the National Association of Convenience Stores (NACS). “But they would also be strikingly similar in that the main thing that they deliver is convenience to the community.”

Indeed, Lenard asked rhetorically, how many operators a quarter century ago could have imagined the presence of energy drinks on their shelves, let alone at their present volume? “Bottled water? Who would ever pay for water? And now you’re even seeing some dispensed water,” he said. “Electronic cigarettes? And who would have thought that marijuana would be considered a growth category and that tobacco would be considered a category that was not one?”

Operators would also have been surprised by the prevalence of food they would be selling. “I don’t think anybody could have foreseen the growth of mobile products, whether it’s gift cards or how to send money to your accounts from your phone,” Lenard said.

And so, what will the industry look like 25 years from today? One thing is certain, convenience will be key. But as Doug Stephens, futurist, consultant and founder of the Retail Prophet in Toronto pointed out, “Convenience is going to be completely redefined.”

New innovations in technology—from 3D printing to increased automation —will drive the changes ahead.

Check out CSD’s September issue, where futurists weigh in on the changes coming over the next 25 years.