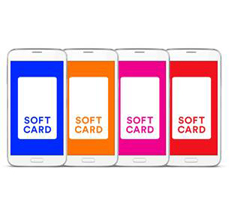 Isis Wallet is rebranding to Softcard. The new name follows the company’s announcement in July that it would rebrand to avoid any confusion or association with the violent Islamic militant group in the Middle East whose name, when translated into English, is known by the acronym, ISIS.

Along with the new name, the company has released a new logo (see photo), which is intended to convey the power of the mobile phone to enable mobile commerce.

“Our search for a new name has been rooted in our founding vision: to use the power of the mobile phone to help consumers find a safer and better way to shop, pay and save. But we also wanted a name and visual identity that had the power, flexibility, and simplicity to define our category,” said Softcard CEO Michael Abbot.

“Together with a simple and flexible visual system, the inherent simplicity of Softcard gives it the potential to become a category defining name. That’s a bold aspiration, but one that matches the breadth of our vision.”

The current Isis Wallet will continue to work as it always has. In the next few weeks, Isis (now Softcard) will launch the updated Softcard app.

“At that point, you can update your app as you normally would and see that your Isis Wallet has become Softcard,” Abbot said.