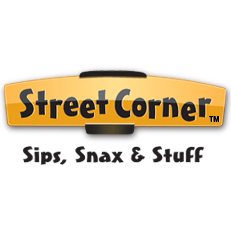 Aug. 27, 2014, marked the opening of a new Street Corner franchise at the mall. Street Corner, which exploits small and underused spaces in shopping malls, universities and other environments, sells many of the items not usually found in the mall—everything from cough drops to aspirin to bags of chips—all the things needed to sustain shoppers on an outing, or help mall workers get through their shifts.

“Mall employees are virtually a captive audience, so the goal is to bring them the convenience of a street-side shop without the need to leave the premises, while serving the needs of mallgoers too,” said franchise owner Adrian Aybar of Escondido. In addition to chips, candy and bottled drinks, the North County Mall store sells a variety of sundry items and over-the-counter remedies and cigarettes, as well as lottery tickets.

The 192-square-foot store, located in the middle of the food court on the mall’s third floor, is the 47th in the Street Corner chain, the fifth in California and the first in San Diego County. The company has franchisee-owned stores or kiosks in 19 states. Seventy-three percent of Street Corner stores are minority-owned, and the company has repeatedly been named by USA Today as a top franchise for minorities.

“We’re excited to enter the San Diego market, as we continue our expansion in the Golden State,” said Street Corner CEO Peter LaColla. “Shoppers in Westfield malls expect all the amenities, so it’s high time North County Mall gives them the things they want and need on the go.”