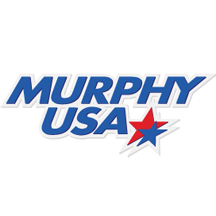 IRFA Managing Director Lucy Norton told Domestic Fuel Online that Murphy USA is also offering even greater savings on E15 for 2001 and newer vehicle owners and E85 for flex-fuel vehicle owners during its scheduled grand opening celebrations. During the ethanol fuel events, customers will be able to take advantage of E15 for $2.15 per gallon, E85 for $1.85 per gallon.

E15 is approved by the U.S. Environmental Protection Agency (EPA) for use in all 2001 and newer passenger vehicles, as well as flex-fuel vehicles (FFVs). Those vehicles account for 85% of fuel use in the U.S.

“E15 provides many Iowans the lowest-cost, cleanest-burning option compared to gasoline, and we’re excited 2001 and newer vehicle owners in Iowa can once again reap the benefits,” stated IRFA Executive Director Monte Shaw. “Not only is E15 the most tested fuel in history, we’ve already driven millions of miles proving it’s safe for use. Iowans driving 2001 and newer vehicles and are seeking to support Iowa jobs, improve air quality, and save money doing so should look no further—choose E15.”

E15 is a fuel blend of 15% ethanol and 85% gasoline that is now available at a significant discount to regular unleaded gasoline at 30 locations in Iowa. In order to offer E15 to non-FFVs, a retailer must register with the EPA.  IRFA works with retailers to ensure they comply with all federal and state E15 regulations.