Experts debate the challenges and benefits of integrating mobile payment and loyalty at convenience stores. 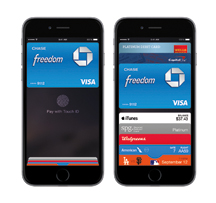 More c-stores and quick-service restaurants (QSRs) are introducing payment and/or loyalty apps, and the recent announcement of Apple Pay is being heralded as a game changer in the mobile space.

What’s more, technology experts are tooting an omni-channel approach to marketing—or integrating loyalty, mobile, payments, and even Web and social media—to drive traffic and repeat customers. But how do convenience store retailers know when the time is right to jump onboard the mobile payment bandwagon and what do you need to know to implement a mobile loyalty program successfully?

CSD caught up with Nikhil Joseph, analyst with the emerging technologies service at Mercator Advisory Group, and author of the recently released report, “Connecting Loyalty, Mobile and Payments: A Framework for the Omni-channel Age.”

“If you look at the numbers, memberships in loyalty programs have been growing year on year in the U.S., but between 2010-2012 the number of active memberships actually fell from 46% to 44%, which tells you that even though people are signing up for loyalty programs, not as many seem to be using them actively. That’s a problem,” Joseph said.

“Retailers seem to be doing it just because competitors are not because they have strategic goals they want to achieve,” Joseph said. But with some simple goals in place, retailers can make loyalty work for them.

WHY LOYALTY CAN HELP

Loyalty is valuable when it provides the retailer insights into consumer behavior.

“If you look at an average c-store, most customers are invisible,” Joseph said. “You don’t know who they are, how they visit, what brands they are likely to purchase. So getting them to sign up for a loyalty program and getting them to use their loyalty programs every time they make a purchase allows you to make unique profiles of your customers and send them targeted offers.”

Take Tesco in Britain, which used its loyalty program to combat the entry of Walmart into their area. “By identifying customers who were price conscious and giving these customers discounts on items they were likely to purchase they used loyalty insights to help prevent customer defection to competitors,” Joseph said.

“If you only give a discount on things people would have purchased anyway, you’re just encouraging bargain members to come to your loyalty program,” Joseph said.

Another benefit of some loyalty programs is they can eliminate swipe fees if the retailer uses Automated Clearing House (ACH) payment as a solution.

“That can make the loyalty program pay for itself,” Joseph said.

Pat Lewis, president of Oasis Stop ‘N Go, based in Twin Falls, Idaho, said that while mobile payment and mobile loyalty programs are coming to convenience stores, it will be some time before retailers and consumers alike have high adoption rates.

Lewis is also the CEO of KickBack Points, a rewards program available in thousands of stores across the country.

Omni-channel may be the wave of the future, but at this point it’s still crucial to accept credit cards and have a swipe card option with your loyalty program. It’s also necessary to realize that while mobile is new and exciting; it’s not a substitute for building a strong loyalty program.

“Cards are the lowest common denominator, everyone has them, and they’re fast and easy and it’s what the majority of your customers are used to. Adding mobile—either mobile loyalty or mobile payments—won’t drive traffic to your loyalty program alone,” Lewis said.

“And of that half, an even smaller number will actually download your app to their phone, and of those who download the app, an even smaller number will actually decide to use the app,” Lewis said. “So while it’s important for convenience stores to be thinking about mobile and even testing mobile, it’s not a one-stop solution to a top-notch loyalty program. You still have to do the hard work of driving customers to your program.”

For those already making the leap to mobile loyalty, Lewis recommended adding a “gamification” aspect to your app, to help encourage customers to engage with the app more often, making it more likely they’ll reach for it when they get to your store.

Another solution is to partner with a local loyalty program that allows customers to accrue and redeem points at several businesses in their area—all through one mobile app. This is beneficial, as customers don’t want 20 apps on their phone for every local business they frequent.

7-Eleven recently expanded on such a partnership with Belly, which began with an initial test at 85 7-Eleven stores in downtown Chicago, and by the end of this year, will be available in 2,600 7-Eleven stores in the Northeast, along with parts of Austin, Los Angeles, Chicago and Vancouver.

If you look at a c-store compared to an online retailer, customers are invisible when they walk into a c-store, but online retailers can get users to sign up, and then they have their email, and they can cross sell and upsell more easily.

“They also have a crosslink cookie that tells them where customers are coming from and multiple data points every time customers visit the Website, which helps them form tailor-made offers, and lets them monitor transaction history,” Joseph said. “The reason I argue for an integrated approach is because this would help physical retailers compete with these online merchants.”

Joseph noted a successful integrated approach to loyalty would do three things: improve customer experience in a measurable way, gain data insights and reduce the costs of running the program.

When it comes to improving customer experience, scanning a cell phone app is faster than scanning both a loyalty card and a credit card, making the transaction faster. As they scan, the c-store would gain data about that customer that they can use to target particular demographics and target promotions more effectively.

Lastly, an integrated loyalty program can better reduce costs. Joseph pointed to Starbucks, which allows customers to reload their mobile wallet with money in $25- $100 increments.

“Because customers are loading their wallets periodically in larger amounts, that’s reducing the cost of payment for Starbucks. This is effectively bundling transactions, so the swipe fee is paid on $100 and not on a $4 transaction. This can be a significant cost savings as it reduces the cost of processing those fees,” Joseph said.

Unfortunately, not everyone can replicate Starbucks. “One big question is do you introduce your own app like Starbucks or partner with someone who has a mobile wallet app already like Paypal,” Joseph said. “This will depend on your customer demographics, your brand, and what percentage of sales is coming from repeat customers.”

He noted that MAPCO, which just rolled out its mobile app nationally, addressed this issue in an interesting way because it has its own app, but is using Paypal for the payment end. This is savvy, as many customers are hesitant to trust standalone apps with payment information, and might be more likely to trust a well known name in payment like Paypal.

Attempting to emulate Starbucks’ mobile payments and loyalty initiative can also be tricky. “Starbucks has a lot of young customers who are comfortable with technology. But Dunkin’ Donuts, one of our clients, asked our advice in emulating Starbucks’ strategy,” Joseph said. “For them, it wasn’t as easy because their customers preferred to use typical cards for loyalty benefits, so they struggled to completely integrate the digital and physical loyalty programs.”

There’s also the decision of what platform to implement. Starbucks played it safe, going with QR codes, which is fairly easy to integrate into your point of sale (POS), as the world waited to see if Apple would launch near field communication (NFC)-capable iPhones, which it has. Apple Pay just launched in September and is expected to spur mobile payment adoption nationwide. But to accept payments from Apple’s now NFC-equipped mobile devices, most merchants will need to upgrade their payment terminals with a hardware add-on to support NFC.

But even Apple’s news doesn’t solidify the direction of mobile loyalty as NFC-based.

“In the future we expect Bluetooth low energy to become more prominent. Small antennas would be installed around the store and if your phone’s Bluetooth is turned on these antennas can send personalized offers to you and give you a specific offer. Apple already does that in the apple stores—you don’t even need to check out there for smaller ticket items,” said Joseph.

What Does Apple Pay Do?

Howard Herndon, the president of BlackLine Payments Advisors, weighed in on how the recent rollout of Apple Pay will impact merchants.

But to put that in perspective, some eight million businesses across the U.S. accept electronic payments, and Apple Pay technology—which uses NFC—will work at 220,000 locations today. “This still represent just a fragment of the entire payments ecosystem,” Herndon said.

“Your decision to accept Apple Pay should encompass a variety of considerations, from your current technology, the type of customers you presently serve and those you wish to attract, to your desire to be seen at the cutting edge of the retail experience, including payments,” Herndon concluded.

But Apple’s timing is intentional with the EMV compliance deadline of October 2015 looming. “Merchants are already in the process of reevaluating their payment technologies. As with any change, merchants should use the opportunity to evaluate their entire payments strategy—including partners and fees—to ensure the most beneficial contract terms,” Herndon said.