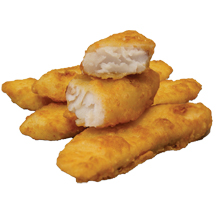 Snacks and appetizers are one menu section where retailers can test unique, small-portion offerings, without reinventing the menu board. Meanwhile, flavors, breads, cheeses, seasonings and sauces offer simple ways to add some flare to regular menu offerings.

MILLENNIALS DRIVING CHANGE
Those convenience retailers seeking new ways to enhance their menus need look no further than the Millennial generation. This “foodie” generation is currently driving food trends like no other. “Most trends today start with Millennials and spread to other generations,” said Jeff Fromm, author of Marketing to Millennials and president of FutureCast, an insights and analytical marketing consultancy.

And this goes double for food. “Millennials want ‘healthy not wealthy,’ so in other words, healthy foods that don’t cost a fortune,” Fromm said. What’s more, Millennials—those born between 1980 and 2000—don’t eat three square meals a day like the generations before them. “Millennials are more likely to follow the eat five times a day model than the three times a day model. They are statistically likely to eat more snacks compared to other generations, but they might not refer to what they’re eating as snacks, as much as more frequent small meals instead of big meals,” Fromm added.

SHIFT TO SNACKING
York, Pa.-based Rutter’s, with more than 60 locations in Pennsylvania, has seen the snacks and appetizers on its foodservice menu grow steadily in popularity since their introduction back in 2008.

Since that time, Jerry Weiner, vice president of foodservice at Rutter’s, has seen firsthand the shift from traditional mealtimes to customers eating 4-5 times a day. As a result, Rutter’s has continued to cater to this demand with small easy-to-handle finger foods that cater to dashboard dining.

“Bite sized foods do very well,” Weiner said. “We just rolled out Mahi Mahi fish bites that are ready to eat. We’ve had a lot of luck with chicken boneless wings, chicken strips and other protein-style foods. Bites such as our corn bites and jalapeño bites are popular with customers, as are our macaroni and cheese bites, which sell better than the macaroni and cheese in a bowl.”

A March 2014 report by global research firm Technomic confirmed that snack consumption is on the rise, with some 51% of customers noting they eat snacks at least twice a day, an increase from 48% in 2012. Some 31% of consumers polled told Technomic they are snacking more frequently than two years prior. Technomic also confirmed that the definition of “snack” is growing broader.

Other experts agree that more frequent meals or snacks are likely the new normal in consumer eating habits.

“Snack wraps, soft shell tacos and quesadillas all do extremely well as products that are smaller in portion and easier to eat, so I don’t think this foodservice snack trend is stopping anytime soon,” Weiner agreed.

DABBLING IN DESSERTS
Recently, Rutter’s introduced cannoli to the menu. The cannoli come two per serving, and are filled with fresh cream and sprinkled with powdered sugar at the time the order is placed.

“I wasn’t sure how the cannolis would work out, but they have done much better than I thought,” Weiner said. “Because they are fresh, we can’t make them in advance, but customers seem to really like them.”

Desserts as menu enhancements have always been challenging, admitted Weiner.

“But I think the cannolis are really pointing me in that direction as another snack-style option,” Weiner said. “Compared to buying a sweet snack for $1.49-$1.79 our customers can get two mini cannolis for $1.89, which are made fresh. I do see (desserts) as a potential growth area. We’re looking at potential items for that sub category right now.”

DAYPART DECISIONS
Weiner noted that the afternoon, evening and late evening dayparts offer huge opportunities to capture the snacking Millennial consumer. And Rutter’s isn’t alone in its quest to satisfy the all-day snackers among its customer base.

Last spring, 7-Eleven launched chicken dippers—six dippers and sauce at value-priced at $1.99—for customers seeking a snack or small meal, following the popularity of its full-portion chicken breast tenders and wings. 7 Eleven began to meet the growing hunger for minis, bits and bites in 2012 when it launched Mini Tacos, followed by Mozzarella Sticks in 2013.

CST Brands’ Corner Stores introduced new fall offerings that include a spinach and feta puff pie for $1.99 and a pumpkin spice whoopie pie for 99 cents, perfect for snack customers.

When Corner Store first introduced its mini Whoopie Pie this summer, it played on trendy flavors, offering the Salty & Spicy Whoopie Pie, with chocolate icing and cake laced with sriracha and topped with salty pretzel bits.

CST Brands’ treat is a prime example of how changing flavors can make a favorite offering a whole new experience for the customer.

FLAVOR POTENTIAL
Weiner agreed that flavors are a huge part of foodservice success today. “Flavors are what I keep looking at. We’re getting ready to roll out some menu items in the near future that will add more flavor options. For example, adding ingredients to sandwiches and other items to enhance flavor,” he said.

Weiner added, he doesn’t believe there is one flavor profile that stands out as the trendiest, so much as customers just enjoy new taste options. “For example, people are taking any flavor and adding it to an Italian sub and the next day adding a different flavor to the Italian sub, just to create a different taste,” Weiner said. Retailers can do the same with some simple seasonings.

Beyond introducing snacks and appetizers, adding variety through flavors is a simple way to diversify your menu without a lot of extra expense.

Introducing upscale or new options to the menu, such as an artisan bread choice or a new kind of cheese, a new sandwich spread or a rotation of sauces and seasonings—is an inexpensive way to keep your menu from getting stale. It also assures customers they will always finding something new and interesting on your menu—even if they opt for an old favorite, much the way offering a healthy option can drive someone into your store—even if they opt for something indulgent instead.

DARE TO FAIL
Fresh is another key word that customers look for on the menu. “Fresh is big, but Millennials are driving the trend of fresh faster,” said Fromm. And convenience stores are in a prime position to deliver on this need as they are already known for speed of service. If you have something made-fresh on your menu, make it a point to market ‘Made Fresh’ on signage.

Budget-conscious Millennials also have a trade-up/trade-down mentality, Futurecast’s Fromm noted, meaning they spend more on certain items and brands, but then look for budget options on other items.

For example, they might spend $5 on a Starbucks latte and $10 on a Whole Foods salad, then turn around and seek out a hot dog for $1.50 at their local convenience store later in the day.

As they look to cut corners, value-priced c-store food is right up their alley, but only if it can stand up to their sophisticated taste buds.

“Don’t be afraid to try anything,” Weiner said. “Experimenting is how you grow. Do your research, know your market, know what your competition is doing and read a lot, but also try stuff.” “I don’t think there is anything out of bounds. Just try something different.”

Menu Boosting Tips
• Introduce spreads, sauces and seasonings to add variety to common sandwich offerings.
• If you offer sandwiches, consider adding an additional bread or cheese choice to increase variety.
• Consider introducing snack-sized portions, such as bites, bits or other finger foods that can be eaten on the go that are available throughout the day.
• Don’t neglect hungry customers during the late afternoon and evening daypart, which is prime time for snackers.