The leading e-cigarette company in the U.S. introduces a proprietary technology that advances retail profitability and enhances the vaping experience for adult consumers. 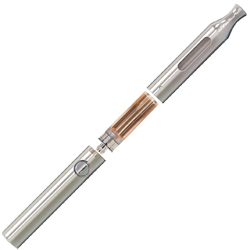 LOGIC Technology, the No. 1 electronic cigarette company in the U.S. according to Nielsen, today announced the launch of LOGIC PRO Advanced Vapor Systems, the most sophisticated, first-of-its-kind e-vaporizing technology ever to hit the market.

Representing the next generation of vaporizers in both technology and format, LOGIC PRO Advanced Vapor Systems are designed with high-quality metals and work in conjunction with revolutionary pre-filled, vacuum sealed eLiquid capsules to provide both a heightened level of taste, consistency and value to adult consumers as well as an enhanced profitability for retailers by allowing them to recapture sales that have migrated to online stores.

“Each year, adult consumers spend hundreds of millions of dollars purchasing e-cigarette liquid online, with no guarantee as to its quality, consistency or taste, and waste thousands more on product that spills unused from their traditional open-tank vaporizers,” said Miguel Martin, president of LOGIC Technology. “Since LOGIC PRO Advanced Vapor Systems are only compatible with specialized high-quality LOGIC PRO eLiquid Disposable Capsules and available for purchase at our partner retailers, this product revolution is an important step in advancing the e-cigarette market.” 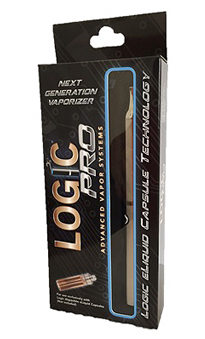 “From our inception in 2010 with the launch of our first LOGIC e-cigarettes, to the introduction of our newest, cutting-edge LOGIC PRO Advanced Vapor Systems, we’ve continued to perfect our product by harnessing both the power of innovation and the precious value of our customers’ and partners’ feedback; I believe our vigorous growth is a testament to that,” Martin said. “We’re thrilled to offer this revolutionary new technology to our loyal trade partners and adult customers, whose feedback has been vital to not only the LOGIC PRO Advanced Vapor Systems ideation and development process, but to LOGIC Technology’s continued success in the industry overall.”

Retailers can view the new vaping system at the NACS Show in Las Vegas by visiting LOGIC at booth 2963.