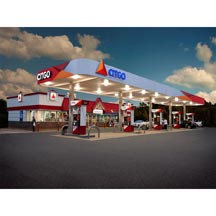 Between now and Nov. 2, customers can visit their local participating PS Food Mart station to purchase and donate Pop-Tarts to a local charity chosen by the store manager.

“We had a record-breaking fundraiser last year. We hope to have an even bigger year this year as we help fight hunger in our community,” said Ed Heath, vice president of operations at PS Food Mart. “As we approach the colder months, it is important to make sure our local food banks have enough nutritious food for the less fortunate who depend on these resources. Our customers are truly outstanding in their willingness to give. We are grateful that they continue to support this campaign each year.”

During the month-long event, PS Food Mart customers are encouraged to purchase two Pop-Tarts for $1 or one box of Pop-Tarts for $3 and donate them to a local charity chosen by the store manager of each participating location. Last year, the company sold more than 127,000 Pop-Tarts through the annual fundraising campaign.

“CITGO has supported this effort for several years, and we are always happy to help our local Marketers make a difference in their communities,” said Alan Flagg, assistant vice president of supply and marketing at CITGO. “PS Food Mart has worked with a number of local food pantries through PS Food Mart Charities, and we are committed to helping them raise money to provide wholesome meals to those in need.”

PS Food Mart Charities is supported in its efforts by CITGO, which participates in a wide variety of local charity and community programs.