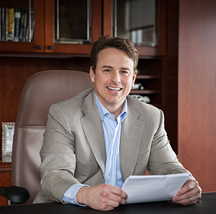 A campaign designed to provide support to area residents is enlisting the help of willing convenience stores.

With the help of local, nonprofit partners and a major U.S. pizza distributor, several c-stores have gotten into the spirit of giving in a big way as part of a regional charitable program.

Nashville, Tenn.-based TBHC (The Britt Hunt Co.) Delivers, the largest single distributor of Hunt Brothers Pizza, this past June launched the program, named appropriately “Provide.” The initiative is designed to create opportunities throughout the year for retail partners of TBHC Delivers to give back to their communities by collecting coats, hosting food drives or arranging school supply deliveries.

“We’re excited to have launched this program in Nashville and throughout the rest of our markets,” said Britt Hunt, owner and CEO of TBHC Delivers. “This initiative allows us to give back to our communities and demonstrate our company’s mission and core values by being a blessing to people and touching many lives. We’re thankful we can bring this initiative to the communities we serve.”

The fall/winter phase of Provide will assist about 50 retailers, operating across some 14 states, in their own local charitable efforts while working with TBHC Delivers as a reliable corporate partner.

GIVING IN WOOSTER
Marilyn Napier, store manager of Marathon Mart in Wooster, Ohio, thought that soliciting donations of canned food from customers via its Hunt Brothers pizza vendor was a swell idea when she first learned of it. Basically, the program provides patrons with pizza coupons for every canned food donation they make—a simple incentive to entice patrons to give a little.

“I’m always up for new things when it comes to helping the community,” Napier said.

This time, Napier needed a local nonprofit partner adept at channeling the donated food to ensure the food was distributed and received by those in need. The c-store partnered with People to People Ministries, a nonprofit whose charitable works include providing food, clothing, school supplies and holiday gifts to the underprivileged of Wayne County, where Wooster is located.

“We teamed with People To People, who help the homeless and the needy, and the people from Provide acted as a liaison between People To People and us to get everything moving.”

According to Napier, it isn’t difficult to find deserving recipients in the town of Wooster, which despite shrinking welfare rolls and falling unemployment, still represents one of the state’s lagging local economies. More than 16% of Ohioans are living below the federal poverty level—for a family of four. That’s an annual income of no more than $23,850 a year, according to the Ohio governor’s office.

“The reason we ran this through the summer is because during the school year, for some of the kids, the only meal they get is when they go to school,” Napier said. “So, that’s why we did that—to help the families.”

The campaign was promoted in the local paper, flyers were posted around town, and a big, cardboard box was set up in the Wooster store designed to receive canned foods.

During three weeks, the c-store gave away 244 pieces of pizza to customers in exchange for hundreds of pounds of donated canned goods. The retailer, in turn, was reimbursed by TBHC Delivers for the donated pizza, which is part of the program.