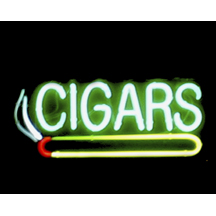 Now that the comment period on the U.S. Food and Drug Administration’s (FDA) deeming regulations has passed, only time will tell what restrictions might affect the cigar segment, which is still alive and well.

A government study published this past summer indicated 17.4 million Americans, or 7.3% of adults, smoke cigars, driving cigar sales that increased 114% between 2000 and 2013, compared to cigarette sales, which dropped by 37%, according to the U.S. Alcohol and Tobacco Tax and Trade Bureau.

“There is the deeming piece, and then there is the reality of what they really do,” said Dan Roane, category manager for 294-store, Tempe, Ariz.-based Circle K. “I don’t know what that will be. It’s still kind of out there.”
What concerns Roane, is added expense.

“I’m afraid they’ll push the cost of cigars too high. I have seen a really big push on the tax side. It could have a really negative effect on those folks who smoke them,” Roane said.

Margins will continue to be thin, he predicted.

Many Circle K stores carry premium cigars, Roane added. “It’s like a lot of the things we do in convenience stores: it’s really a by-the-store thing.”

The most overt way governmental regulation impacts the cigar category, of course, is through taxation. The only state that recently has enacted a tax bill impacting both small and large cigars is Alabama. “However,” noted Thomas Briant, executive director of the National Association of Tobacco Outlets (NATO), “the Alabama bill is more a restructuring of the application of the other tobacco products (OTP) tax on cigars.”

Under the new Alabama law enacted this past Oct. 1, the main rules include:
• A tax on little cigars (and filtered cigars as defined in the bill) weighing not more than three pounds per 1,000 at a tax rate of four cents per 10 cigars;
• A tax on filtered cigars weighing more than three pounds per 1,000, which would be 1.5 cents for each filtered cigar; and
• A tax on all other cigars, which would be $40.50 per thousand or 4.05 cents each. The bill would require retailers to retain purchase invoices for 90 days at the retail location.

“The only other state to enact a tax increase is Vermont,” Briant added, “with a 13-cents-per-pack cigarette tax increase.”

As for legislation that will impact the cigar category, there are lots of possibilities but no changes yet.

QUESTION OF TIMING
“The first question is one of timing,” said Bryan Haynes, tobacco practice partner with Troutman Sanders LLP, an international law firm. “When will the final regulations come out, and when will they be effective? It’s more a matter of years rather than months, most likely. People are saying that the best estimates for the final regulations are anywhere between mid-next year and many years after that.”

“We’re only in the third inning of this, and we have a long way to go,” said Craig Williamson, president of the Cigar Association of America. “We’re looking at maybe April to June when the FDA will come out with the finalized rule. And then after that there is going to be a lot of scrubbing of the rule itself to determine what everyone accepts.”
C-stores should be aware of how the language is interpreted as well.

“The most important issue that is out there—not only for the manufacturers, but it really takes into account the convenience stores, also—is the predicate date in 2007,” Williamson said. “If they go with the same predicate date that they did with cigarettes and smokeless tobacco, it will be unbelievable how hard it will be to get our products to market.”

The predicate date, Feb. 15, 2007, was used by the government when the Family Smoking Prevention and Tobacco Control Act became effective for cigarettes and smokeless tobacco.

“New products introduced before 2007 had to be submitted,” Williamson said, “and were essentially exempted, or grandfathered in.” For cigars, however, that practice might be problematic.

Without the exemption, cigars introduced since that date would need approval from an FDA that has shown no willingness or ability to do so. According to cigar maker Bodega Blends, the agency has only approved 17 of 4,000 applications in the previous few years. Effectively, there would be no new cigars introduced under an FDA-defined price floor for premium cigars.

“For us, it is totally unfair if they go with that date,” Williamson said. “That would back up all the SKUs that we put on the market since 2007. That means everything would be considered a new product after 2007, and our smaller companies just couldn’t do that. Even the large companies would have a hard time doing that. We have changed shapes and sizes; that impacts how much product will be out there to sell, and that is a concern for convenience stores.”

PRODUCTS AND PRICING
In the market, prices on premium cigars are expected to increase to negate the $10 price point needed for an FDA exemption from forthcoming regulations. That $10 minimum figure has been called devastating by industry insiders, since it would exclude 85% or more of handmade cigars.

Even without the $10 price qualifier for the exemption, Haynes continued, prices are going to go up.

“These regulatory hurdles are expensive, and they add to the cost of conducting business,” Haynes said. “You are also going to have the user fees applying to cigars at some point. That is going to add to the cost.”

In addition to user fees, the expense of testing products could also escalate.

“If you’re talking particularly about filtered cigars, cigarillos and products like that,” said Haynes, “what you expect to see in the long-term is, likely, fewer products available because of the premarket review requirements and the testing requirements.”

The situation could logically lead to manufacturers consolidating their product lines in order to lower their overall costs.

“And, some manufacturers will potentially consider exiting the market altogether,” Haynes added.

The FDA has also proposed banning free samples, Haynes pointed out. “I know that can be a big deal at retail. I don’t know that sampling goes on as much at c-stores, but that obviously limits the number of ways that you can promote products.”

That proposal, were it to become law, would indeed hurt business at Southern Sandoval Investments’ two Warrior Fuel stores in Santa Ana, N.M. According to Sylvia Gibson, Warrior’s retail operations manager, cigars constitute a respectable share of sales. Indeed, one of the stores features a five-foot-by-seven-foot, walk-in humidor used to store premium cigars.

The stores are located close to the Santa Ana Golf Club, Gibson explained, which means there’s a built-in customer base for pricier cigars in addition to their less expensive counterparts. Every other week, the stores’ distributor, Las Vegas-based Blue Sky Distributors, promotes its cigar line by offering in-store sampling—Warrior’s only promotional effort for cigars—a strategy Gibson said works well. “It gets people talking about our cigars.”

THE OTHER SHOE
When the other shoe will drop remains anyone’s guess. Haynes related that he recently attended a conference at which attendees’ estimates ranged from one year to nine years. “I think the nine year estimate is extraordinarily optimistic and probably unrealistic. I’m thinking the final regulations, whatever they are, will probably be final by about mid-2015.”

Until then, Haynes added, retailers need to maintain business as usual.“I won’t say they don’t need to do anything from a c-store operator’s perspective,” Haynes said. “If the proposal goes forward as proposed there would be rather significant changes in the market. I don’t know necessarily what c-store operators should do to prepare, but they need to be prepared for changes in the market.”