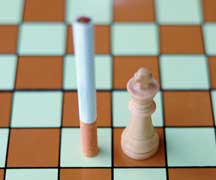 On Wednesday evening of this week, the Westminster, Mass. Board of Health scheduled a public hearing regarding a first of its kind proposal in the country that would ban the sale of all tobacco products in the town.

Currently, there are seven retailers licensed to sell tobacco products in Westminster, which has a population of 7,400.

The National Association of Tobacco Outlets noted the school gymnasium was filled to capacity with some 500 residents, retailers and store employees, and the freedom to sell tobacco products and the right to buy and use legal tobacco products quickly became themes during the public hearing.

When Board of Health Chairperson Andrea Crete opened the public hearing, she summarized the rules for the speakers, which included speaking no more than two minutes and cautioned the audience not to applaud after each speaker or to speak out of turn.

The audience repeatedly ignored the applause directive and the public hearing was closed after the third speaker finished speaking. Unfortunately, due to the abrupt closing of the public hearing, some 70 residents, business owners and others who signed up to speak were not able to do so. This included NATO Executive Director and Legal Counsel Thomas Briant, who was prepared to speak about the legal ramifications of the proposed ordinance and the likelihood of litigation if the sales ban were to be adopted.

The Board of Health will accept written comments until Dec. 1, 2014, and then will consider a vote on the proposed tobacco sales ban possibly at one of its meetings in December.