Gregg Budoi was CEO and president of EZ Energy when it 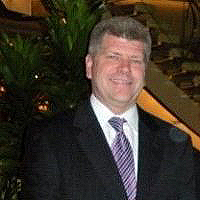 was sold to 7-Eleven two years ago.

After launching EZ Energy in 2008, Budoi built the business to a chain of more than 90 operated fuel/convenience stores across multiple locations with annual revenue in excess of $500 million. Budoi also oversaw the sale of EZ Energy, where he was CEO and president,  to 7-Eleven Inc. in October 2012.

Budoi will be based in Kalibrate’s North American office in Cleveland, Ohio, where his responsibilities will include the company’s finances, human resources, mergers & acquisitions and business development.

“I’m delighted to welcome Gregg to the Kalibrate team,” said Bob Stein, president and CEO of Kalibrate. “Gregg has significant experience within the petroleum retail, convenience store and finance sectors as well as extensive merger and acquisition experience. I am confident that his wealth of expertise and proven track record of taking growth companies to the next level will help Kalibrate make good on its potential.”