Vape is part of the English language and a popular word at that, according to the Oxford English Dictionary. 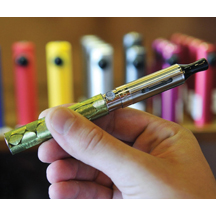 The Oxford English Dictionary has selected “vape” as its word of the year.

The dictionary defines vape as a verb meaning “to inhale and exhale the vapor produced by an electronic cigarette or similar device.

“A gap emerged in the lexicon, as a word was needed to describe this activity, and distinguish it from ‘smoking,'” said Oxford officials in a prepared statement. “The word vape rose to fill the gap, and it has proliferated along with the habit.”

How much staying power the word “vape” has in the English language remains to be seen. Other words selected as the word of the year such as “podcast” (2005) and “carbon-neutral” (2006) seem entrenched in our culture. Others such as “hypermiling,” the 2008 winner, haven’t been as popular.