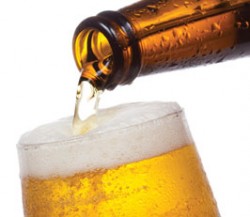 New c-store will offer kitchen-cooked food and beer on site.

GetGo is moving ahead with its plan to construct its newest prototype store—this one outside of Erie, Pa.

Officials from Harborcreek Township are reviewing the company’s plan for the 6,100-square-foot c-store and restaurant that is the second proposed GetGo location in the Keystone State to offer beer. The store is slated to be built at the Station Road interchange of Interstate 90.

GetGo is a convenience store chain owned and operated by grocer Giant Eagle Inc. Both are based in Pittsburgh. Giant Eagle, which had $9.9 billion in sales last year, operates 190 GetGo gas stations and c-stores in western Pennsylvania, Ohio, West Virginia and Maryland.

“They have to go with another round of approval in January, Cruz said. “Construction is planned for the spring.”

The township’s board of supervisors will decide the final planning phase.

According to Cruz, GetGo will sell beer, which has raised some concern among some opponents, including Pennsylvania beer distributors who argue that anyone selling liquid fuel is prohibited under state law from selling beer from the same location.

However, stores with restaurant areas are covered by law which mandates that customers can purchase and take home up to two six packs, or enjoy two beers with an in-store meal.

In January 2013, Gov. Tom Corbett introduced a plan to privatize wine and liquor sales and expand where customers can buy beer. It would allow distributors to sell beer in packages smaller than a case and would offer them the chance to sell wine and liquor. Grocery stores could sell six bottles of wine and up to a 12-pack of beer. C-stores could sell one six-pack.