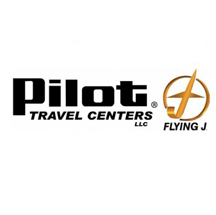 As the winner, Cones, a U.S. Army veteran and driver for Pride Transport, will receive a $10,000 check from Pilot Flying J.

After months of honoring professional drivers by accepting nominations and telling their stories on the Road Warrior website and social media, public voting took place Nov. 1-30. After receiving the most online votes, Cones won the 2014 Road Warrior inaugural campaign.

“I can’t believe it,” Cones said. “I’m shocked and humbled to receive this honor. I am proud to serve alongside so many great drivers and to be part of an industry with a true sense of camaraderie and respect among us—which is one of the many reasons that professional driving was such a perfect fit for me after serving in the Army. Each one of my fellow drivers is a Road Warrior, and I thank Pilot Flying J for recognizing those of us in this profession who work so hard every day.”

Cones was nominated by his wife, Brittney, and received support and votes from colleagues, family and friends. After Cones was injured in Afghanistan, his job choices were limited, until he realized that driving a truck was the perfect lifestyle and career opportunity for him. Cones has been recognized for his commitment to safety, as well as to his fellow drivers, family and country.

The Road Warrior program was launched by Pilot Flying J earlier this year to recognize the hardworking men and women who serve as professional drivers. The U.S. economy depends on professional drivers to deliver more than 65% of all freight transported annually. This monumental task is not without hard work and sacrifice; many drivers spend more than 300 days a year on the road.

“A Road Warrior is a driver who goes above and beyond, who inspires us with their stories of generosity, bravery and dedication,” said Whitney Haslam Johnson, director of brand and customer experience for Pilot Flying J. “This year, we heard stories of drivers who have saved others’ lives while on the road, who have served their country in the military, who volunteer in their communities, and who have dedicated years to keep America moving. There are many unsung heroes in this industry who we hope to honor through this program, and Kyle Cones is a deserving representative of their collective impact on our country’s economy and our daily lives. We salute all of them.”

The Cones have a seven-year-old son, Lane, and three dogs: Daisy, Thor and Rylee, a service dog in training.