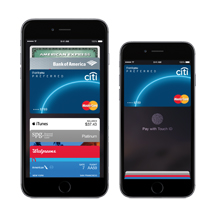 No timeline on rollout despite  reports.

Chevron is working with Apple to bring Apple Pay to the pump—possibly by early 2015, reported Apple Insider.

The news from Apple Insider came following a Twitter post from Chevron, but Chevron later clarified via Twitter that it has no specific timeline for the pump rollout, but does plan to integrate Apple Pay and is working with Apple to do so.

Chevron, as previously reported by CSD, already added the tap-to-pay service at its stores and Texaco Extra Mile locations when it debuted in October. However, until now, Chevron customers have only been able to pay when they enter the convenience store, as support for Apples NFC payment service is not yet available at gas pumps.

Apple Insider noted that Apple is also currently in talks with United Kingdom banks, looking to launch Apple Pay in the country in early 2015. With pay at the pump support and international expansion in the works, the start of 2015 could see major advances for the Apple Pay service.