Following the sale of the company to CST Brands, the industry veteran and National Advisory Group (NAG) board member, will serve as general manager at the family-owned company in Dolgeville, NY.,Convenience Store Decisions has learned. Company president Fran Duskiewicz to retire January 11. 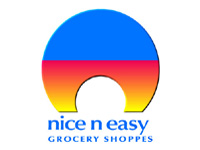 Peter Tamburro, an industry veteran and board member for the National Advisory Group (NAG), has left Nice N Easy Grocery Shoppes, where he had worked since 1993, to join Utica, N.Y.-based Clifford Fuel Co. as general manager of convenience store operations.

Tamburro is the first executive from the Nice N Easy team to depart the company following the sale of the company, which closed in November 2014. Company President Fran Duskiewicz, who has been with the company for more than 30 years, announced his retirement from the company will be January 11.

Clifford Fuel was founded in 1961 as an independent fuel distributor and has been a Nice N Easy convenience store franchisee since 1982. The company currently owns 24 locations, 17 of which are franchised under the Nice N Easy brand. The company also operates five car washes and distributes CITGO, Sunoco and unbranded fuels to more than 50 locations in upstate New York.

The company operates its own fleet of delivery trucks throughout Central and Northern New York. Total employment today exceeds 250 people.

“I look forward to the next chapter of my career which allows me the opportunity to end my career as I started–working for an outstanding family run organization in Central New York that has been part of the Nice N Easy franchise community since the beginning,” Tamburro told Convenience Store Decisions. “My departure from CST Brands was a personal decision that will allow me to do exactly what I love–work in Central New York operating convenience stores as I have for so many years.”

Long Retail Career
Tamburro, who joined the NAG board of directors in 2012, has a distinguished career in convenience retailing. In 1983, he was hired by Valley Oil, a Mobil and CITGO distributor in the Columbia, N.Y. as the supervisor for company and dealer operations.

In 1993, Valley Oil sold to Mid-Valley Oil (Extra Mart) and Tamburro was hired by John MacDougall, founder of Nice N Easy Grocery Shoppes, as director of franchise operations. For several years, he would continue to oversee franchise operations which consisted of 75 total stores made up of 18 separate owners.

“CST Brands is a great company that has given an opportunity to so many of the long time staff members of Nice N Easy Grocery Shoppes and I look forward to working with their folks as they transition into the franchise business created by John MacDougall shortly after Nice N Easy was created,” said Tamburro, who will also continue in his role as a NAG board member. “Exciting times are ahead for nice n easy as well as myself as I begin my next role with Clifford Fuel.”

End of an Era
Duskiewicz has been a driving a force behind Nice N Easy success for three decades. The former school teacher joined Nice N Easy in 1985 and developed deep ties to the industry including leadership positions on the NACS Executive Committee, the Petroleum/Convenience Alliance for Technical Standards (now Conexxus) and as chairman of the NACS/Coca-Cola Retailing Research Council (CCRRC).

He was honored in 2013 with the New York Association of Convenience Stores’ (NYACS) Carl Trippi award for his commitment to convenience retailing in New York State. Nice N Easy was also honored as CSD’s Convenience Store Chain of the Year in 2009.

Duskiewicz, who told CSD that he anticipates returning to the industry is some capacity, was named president of the company in July and helped guide the company through the sale of its assets in late 2014.

“I will be taking an undetermined amount of time off to recover from a very difficult 2014,” he said. “I want to reiterate that this decision is more about me and how I feel than it is about CST. They have bent over backwards to accommodate our people and I have nothing but respect for (CST President and CEO) Kim Lubel and her management team.”

Nice N Easy Sold
Following the death of MacDougall in June, CST Brands and CrossAmerica jointly purchased the assets of Nice N Easy, with CrossAmerica purchasing 23 fee sites as well as certain fuel distribution assets for $65 million. CST Brands purchased the retail operations at the 32 company-operated sites and certain other assets. Both parties expect the transaction to be accretive.

CrossAmerica will lease the acquired real estate to CST and will provide wholesale fuel supply to 24 Nice N Easy sites under long-term agreements. These 24 sites distributed approximately 40.3 million gallons in 2013.