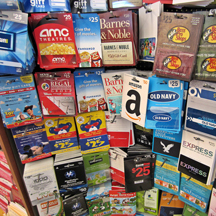 First Data has released information on how this past holiday season measured up in the retail gift card category as compared to 2013. Data showed that gift card activation increased solidly in 2014, and that a trend has begun to emerge as consumers turn to gift card “reloads” in unprecedented numbers.

Reloading gift cards, which is still a new concept to most consumers, is clearly becoming increasingly popular. In 2014, the number of cards reloaded increased 159.4% over 2013. Retailers are also increasingly using reloads as a loyalty and rewards tool.