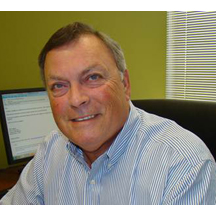 Tony Barone, an industry giant and friend to many, died this week after a brief battle with cancer.

Barone’s passing comes less than two years after he retired from Commonwealth-Altadis Inc. after a long and illustrious career.

It is often said one can judge the character of a man by the friends he keeps. Barone was a cigar man for more than three decades and, until May 2013, California’s vice president of wholesale trade.

Born in Tampa’s Ybor City, Fla.—the Cigar Capital of the World, as it was once known—Barone was the fourth generation in his family to work with cigars. It was 37 years for Barone, first in sales for the BIC Corp. and its pens and tobacco lighters, and then with cigars. He first began with Hav-A-Tampa and then followed the years of acquisitions and mergers and stints heading up Sales, Marketing and National Accounts.

A familiar refrain was that “Tony could sell a million cigars in a matter of minutes by simply picking up the phone and making a few calls.” It was the way many people thought of Barone. But for those lucky enough to have known him well, Barone’s personal qualities and depth of character are what defined him best.

“Tony used to call on me when I was (a buyer) at Revco Drugstores,” remembered Rich Ivancic, today a key account and private label director for Altadis U.S.A.’s premium cigar division. “Little did I know that I would one day be working side by side and then directly for him on National Accounts with the company. He was the same person on both sides of the desk.” Ivancic pointed to character and trust as to why Barone was so successful in selling cigars. As a buyer for a chain, “you could really depend on Barone for good information,” and that was really important. If there were two companies wanting to partner with you, you could always feel comfortable working with Barone, he said.