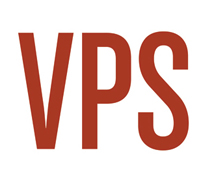 Upon closing, GPM would have over 800 company-operated convenience stores and dealer sites in 14 states.

GPM Investments, LLC has entered into an agreement to purchase the Midwestern division of VPS Convenience Store Group LLC. This transaction adds to GPM’s acquisition of the Southeast operations of VPS in August 2013.

The acquisition will include 163 company-operated stores located in the Midwestern U.S. with 116 stores in Indiana, 10 in Ohio, 30 in Michigan and seven in Illinois. The store brands include Village Pantry and Next Door Store. Fuel brands include Marathon, Phillips 66 with additional unbranded fuel locations. Village Pantry and Next Door Store offer a traditional convenience store sales mix including cigarettes, beer, bottled and canned soft drinks, fountain beverages, coffee, hot dogs, chips, salty snacks, candy, gum, milk and other dairy products.

Raymond James served as exclusive financial advisor to VPS in connection with the transaction.

“We have started 2015 with a continued focus on store expansion,” said GPM President and CEO, Arie Kotler. “This acquisition is our largest purchase in this region of the country and we are excited to continue our plan of strategic growth.”

GPM Investments LLC is one of the largest privately-owned companies in the convenience store channel of business. Earlier this month, GPM Investments also purchased eight One Stop Stores in North and South Carolina which were previously owned by Arey Oil. The stores are currently being rebranded to one of GPM’s existing brands: Scotchman Stores. In addition to these eight stores, as well as the planned acquisition of 43 convenience stores from Road Ranger L.L.C., which was previously announced, GPM will widen its reach to over 800 stores in a total of 14 states. GPM operates under highly recognizable brand names including Fas Mart, Shore Stop, Scotchman Stores, Young’s, Li’l Cricket and BreadBox.