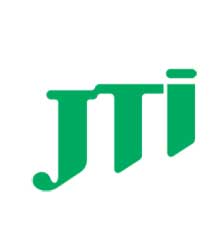 “This agreement is a natural evolution of our fruitful partnership and enables both companies to concentrate independently on their areas of expertise,” says JTI’s deputy CEO.

JTI has acquired from Ploom Inc. a number of patents and trademarks relating to Ploom Inc.’s devices, such as the Ploom modelOne and modelTwo and the Ploom tobacco vapor pods.

This is part of JTI’s drive to further develop the tobacco vapor category and overall mission to be the leader in next generation products. The former Ploom Inc. will buy back JTI’s minority stake.

“This agreement is a natural evolution of our fruitful partnership and enables both companies to concentrate independently on their areas of expertise,” said Masamichi Terabatake, JTI’s deputy CEO and executive vice president for emerging products and corporate strategy. “With our manufacturing and tobacco know-how, JTI has facilitated the development of the innovative Ploom tobacco vapor pods and this is an important element in the continuous expansion of our next generation products portfolio.”

Tobacco vapor pods are capsules with compressed tobacco for use in the Ploom devices.

Financial details of the agreement are confidential.

JTI, a member of the Japan Tobacco Group of Cos., is a leading international tobacco manufacturer. It markets world-renowned brands such as Camel, Winston and Mevius (Mild Seven). Other global brands include Benson & Hedges, Silk Cut, Sobranie, Glamour and LD. With headquarters in Geneva, Switzerland, and about 27,000 employees worldwide, JTI has operations in more than 120 countries. Its core revenue in the fiscal year ended Dec. 31, 2014, was USD 11.9 billion.