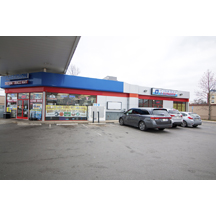 Huebsch, the expert in commercial laundry efficiency, has named Raj Patel the latest recipient of its Store Owner of the Quarter award for his Speed Coin Laundry, a laundromat adjacent to his convenience store and gas station located in Murfreesboro, Tenn.

“Mr. Patel’s success over the past 20 years is inspiring. From having essentially nothing when his family immigrated to the United States to now owning multiple successful businesses, he emulates the American Dream,” said Kathryn Rowen, North American sales manager for Huebsch. “We are so glad he found success in the laundry industry, and that Huebsch could support him in achieving his business goals.”

Patel was 14 years old when his family moved to California from India in 1995 with just $500. They soon moved from California to Chattanooga, Tenn., and saved their earnings in order to purchase a convenience store and gas station. After seven years building a successful business in Chattanooga, the family’s next move was northwest to Murfreesboro where they purchased Marathon Discount Tobacco, an eight pump gas station and convenience store with an adjoining store front. They filled this space with a liquor store, which they also owned and operated.

Unfortunately, even with a commerce boom in the area, the liquor store wasn’t bringing in the revenue Patel had hoped. In 2013, he sought out a more sustainable and profitable, yet somewhat hands-off, investment. This search led him to the vended laundry industry and his region’s authorized Huebsch distributor, Nashville-based National Laundry Equipment.

“After comparing various manufacturers I came to the conclusion that Huebsch machines are a better value than any others available,” said Patel. “And, by choosing Huebsch, I was confident I would receive customized and knowledgeable support from its network of professionals.”

Patel quickly received a tailored business loan from Huebsch Financial, and also relied on his distributor’s support and expertise throughout renovations and installation of 36 machines. Among many aesthetics updates, a doorway now connects the convenience store and laundromat from the inside. Speed Coin Laundry opened in July 2014 and, as Patel intended, it has already been beneficial in driving customers to his convenience store, while also proving profitable independently. When cars pull up to pump gas, they learn about the laundromat for potential use in the future. Alternatively, laundromat customers are likely to venture into the convenience store and purchase snacks to enjoy while they wait— something that wasn’t as common when the liquor store filled the space.

With the initial success of Speed Coin Laundry, the always ambitious Patel is already dreaming of owning multiple laundromats someday. With reliable partners to assist him with every aspect of the process, he is confident he’ll achieve this goal.

“I already have the ideas and support system—it’s only a matter of time,” Patel added.

Introduced in 2014, Store Owner of the Quarter recognizes Huebsch store owners who have excelled in entrepreneurism, technology adoption, innovation and superior customer and community service. Read Patel’s story, and others, at Huebsch.com/News/Store-Profiles.