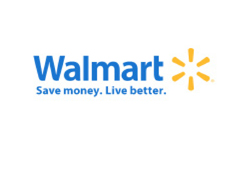 Plans to invest $1 billion in its workforce’s training and salaries.

Wal-Mart Stores Inc. is spending $1 billion in order to increase worker salaries and better train its hourly workers in an attempt to reshape its image from a company offering dead-end jobs to one where employees can grow, the Associated Press reported.

Within the next six months, Walmart plans to give raises to about 500,000 workers, or nearly 40% of its 1.3 million employees, following in the footsteps of other retailers, from Gap to Ikea, that have recently upped their employees’ hourly pay, the Associated Press reported.

In addition to raises, Walmart plans to change how workers are scheduled and add training programs for sales staff. For example, a new program being tested in Wichita, Kan. will offers some workers fixed schedules so they can be able to choose the same hours each week.

Hourly workers and supporters have protested across the nation in the last few years demanding better pay. President Obama proposed raising the federal minimum wage from $7.25 to $10.10 an hour. Meanwhile, as the economy recovers, competition for retail workers is stiff and turnover is on the upswing.

Walmart has faced increasing pressure from labor groups to better pay its employees. What’s more, in a survey the company conducted of 24,000 of its workers, it found that many don’t know how to move up at Walmart.

As a point of reference, $14.65 is the average for hourly retailer workers in a non-supervisory goal, according to government data as reported by the Associated Press, while $9.93 is the average hourly pay for cashiers and low-level retail sales staff, according to Hay Group’s survey of 140 retailers with annual sales of $500 million.

Walmart also plans to start raising entry level wages to at least $9 an hour in April and to at least $10 an hour by February of next year. That includes the less than 6,000 workers who make the federal minimum wage. It also plans to raise the floor and ceiling of its pay range for each position in most stores. For example, the pay range for cashiers is currently $7.65 to $16. The new range will be $9 to $17.55.

The starting wage for some department managers will go up to at least $13 an hour by this summer and at least $15 an hour by early next year.

Newly hired workers will start at a $9 per hour training wage and when they successfully complete the six-month training program, their pay will be raised to $10 an hour. Those workers will also have the opportunity to pursue one of three career paths: hourly supervisor, a specialty path like working in a bakery or deli or expand their skills in their current role.

Hourly workers will also get hands-on training in areas including teamwork, merchandising, retail fundamentals and communications. Store leaders like hourly supervisors will get refresher training on people leadership skills so that they can help workers grow and advance.

Walmart also plans to invest a total of $100 million spread over the next five years to its non-profit, Walmart Foundation, to support programs that help advance careers for entry level workers in the industry.