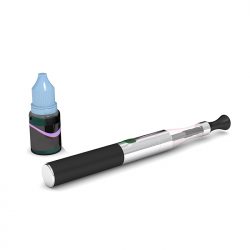 After a meteoric rise in the market during the last few years, the future of e-cigarettes now rests with regulators, innovators.

The U.S. Food and Drug Administration (FDA)’s deeming regulations on vapor products could shift the $3 billion that e-cigarettes/vape are estimated to generate this year in brick-and-mortar stores to online vendors and black market players.

Stakeholders have made the case that it’s important for the FDA to set a new predicate date in the final rule, and that Congress should update the predicate date for newly-deemed products. New FDA deeming regulations authorized earlier this year ban e-cigarette sales to Americans under age 18, among other stipulations.

The predicate date (also known as the grandfather date) refers to part of the 2009 Tobacco Control Act that allowed tobacco products on the market before Feb. 15, 2007, to be “grandfathered” in (meaning manufacturers did not have to submit a premarket tobacco application—or PMTA—to the FDA). Equally important, manufacturers would have the option to submit less costly substantial equivalence (SE) applications for new products that were similar or substantially equivalent to a product on the market as of February 2007.

“The FDA deeming tobacco regulations will require that manufacturers of virtually every e-cigarette submit either a substantial equivalency application or a pre-market tobacco application in order to keep their products on the market,” said Thomas Briant, executive director of the National Association of Tobacco Outlets (NATO). “These applications can be costly and time consuming to compile, which may result in some manufacturers lacking the staff and/or funding to take the necessary steps to complete these applications.”

The burden is compounded, Briant continued, because a separate substantial equivalency application or a pre-market tobacco application is required to be filed for each product SKU.

“If the appropriate application is not filed by the agency’s deadlines, then the manufacturer will need to remove the product from the market place,” Briant said.

More and more legislators are targeting e-cigarettes along with tobacco. Under the proposal, e-cigarettes will be subject to the same tax that smokeless tobacco and similar products currently face in California, and raise that rate in line with the $2 per pack excise tax increase on cigarettes.

KEEPING AN EYE OUT
Vivien Azer, managing director and senior research analyst of Cowen and Co., is among those who don’t see the dollars necessarily leaving the c-store channel.

“We have zero expectation that there is going to be a material change in the channels,” Azer said. “Right now the category, at least in Nielsen-tracked channels, which is largely c-store focused, actually looks pretty good. Innovation seems to be reinvigorating the category. Juul from Pax Labs’ looks to be a key contributor there, which is pretty impressive given how supply constrained the company is. MarkTen XL looks to be fueling that as well, and then continued steady growth from VUSE.”

“The company asserts that the bio-availability of the nicotine is substantially better than a standard e-cigarette because of that technology,” Azer said. Another example is MarkTen, she added. “Its next-generation is the XL, where it’s a larger battery.”

Bailey Lyden, vice president of retail for Truenorth Energy LLC that operates 110 truenorth-branded c-stores in Ohio and Illinois, expects the market to shift more because of the increase in regulation by the FDA.

“The rules that have been proposed will force individuals to seek other channels outside of traditional retail,” he said.

“My company has taken a conservative approach because there is still uncertainty of how the e-cig plays out,” Lyden said. “As the traditional methods of consuming tobacco become more and more social unacceptable, we will see customers trying and switching to alternative forms like e-cigs, vape and nicotine gum.”

Lyden suggested that c-store operators can work with manufacturers such as R.J. Reynolds and Altria on finding ways to best communicate to local and state government officials. At the store level, employee education is invaluable.

“I like to make sure I have reps from the manufacturers attend my manager meeting in person and talk about the product, and even offer samples if possible,” Lyden said. “That way we (enhance) word of mouth and it is wonderful for the customers that are looking to try something new and different.”

“That is one of the hugest things they have done lately, to not let people try it. Most of the vapor shops that are doing well do all kinds of sampling; they let you try a drop of this or a drop of that,” Harrell said.

Knowing a store’s customers is important for any category, including vape products.
“Customers who were looking at the vaping are looking at e-cigarettes and thinking, ‘Hey, $10 versus $50. And I can’t get that liquid into that little hole with the bottle, but I can put this cartridge in there, plug it in and charge it.’ So, they are sticking with the e-cigarettes,” Harrell said.

“The younger customers prefer the tanks and big clouds and the liquid, and they are able to do all of that physically,” he added.

BECOMING ACTIVE
The National Association of Convenience Stores (NACS) recently launched a website tied to its “Stop the Vape Ban” initiative, where retailers can learn about e-vapor issues and how to contact Congress members.

“Any vapor product introduced after the 2007 “predicate date” must now go through a long and expensive FDA premarket review process just to stay on the market. The FDA premarket review process is so expensive and full of paperwork and red tape that it will stop innovation and product improvements because any and every change will have to go through this lengthy regulatory process.”

NATO’s Briant suggested that convenience store retailers contact their U.S. Senators and Congressmen to urge them to change the grandfather date under the FDA’s Family Smoking Prevention and Tobacco Control Act so that manufacturers of cigars, pipe tobacco and e-cigarettes and vapor products are not required to file these special applications with the FDA just to keep their products on the market.

“As a retailer, I stay patient,” Lyden concluded. “I avoid following trends because of too much uncertainty. Teaming up with the right manufactures is very important.”