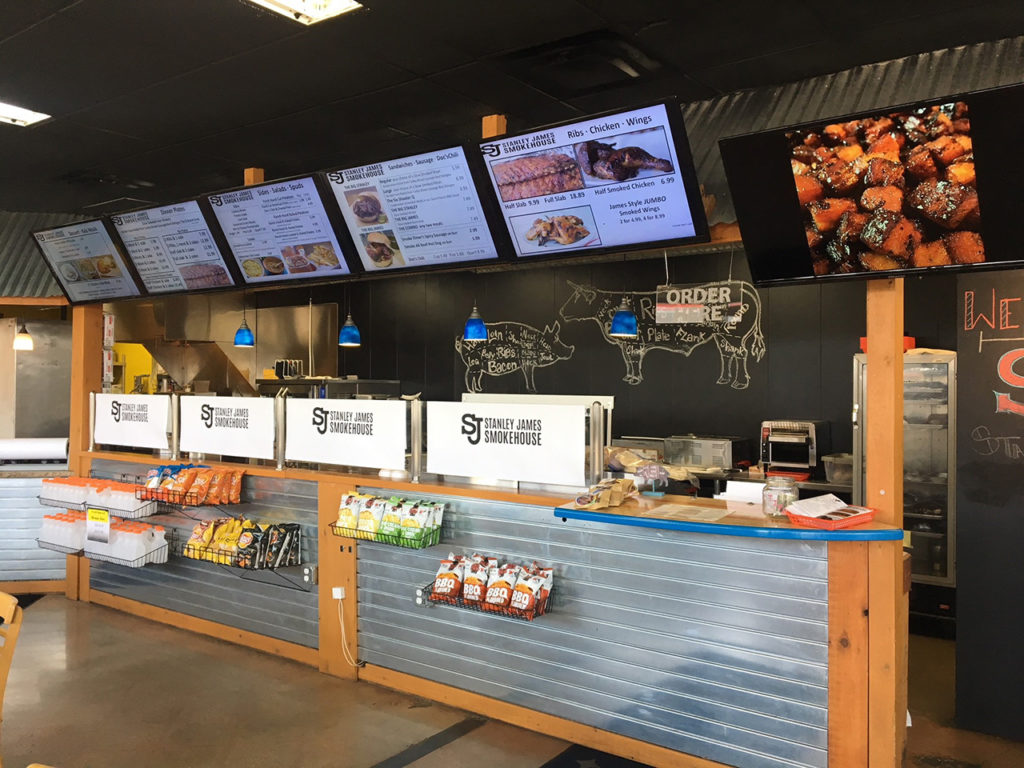 Of course, the hairy option was a limited offering.

Mark DiDomenico, director, client solutions, Datassential Inc., noted in a recent speech at the NACS (National Association of Convenience Stores) State of the Industry Summit, now that Latin and Asian food trends have become mainstream, the next big food trend is Middle Eastern fare, including dishes from Iran, Israel, Lebanon and Turkey, among other countries.

For example, DiDomenico pointed out that over the past four years falafel has grown 45% on menus, the presence of shawarma grew 45%, zaatar is up 301%, tahini rose 44% and Aleppo pepper is becoming a substitute for chilis rising up on menus 179%—to name a few ingredients.

What’s more, instead of identifying foods around ethnic origins, as in “Middle Eastern foods” or “Asian Foods,” food trucks have spurred customers to think of foods in terms of specific ingredients like samosas, arepas or piadinas.

When experimenting with unfamiliar foods, use menu names that keep the experience familiar. “Before sriracha was sriracha people called it Thai Chili sauce,” DiDomenico said. In the same vein, a Bahn Mi sandwich sells better when called Saigon Chicken, because the name is more familiar to customers.

Plant-based foods are surging in popularity in 2018. With more customers concerned about healthy eating, many customers who enjoy meat are now opting to eat meat-free meals on occasion as part of a balanced diet.

“Vegan foods aren’t just for vegans anymore,” DiDomenico said. In fact, Datassential found 23% of customers are favorable to eating a vegan meal on occasion, 57% are trying to eat more plant-based protein and 45% believe consuming animal protein is a health concern.

The bottom line, DiDomenico said, is that while consumers love meat, they also want to be healthy and so they are including meatless meals in their diets. However, it’s important for food operators to note that plant-based foods only succeed on menus when they’re crave-worthy.

The plant-based burger that “bleeds” beet juice, made by Impossible Foods, is topped with smoked cheddar cheese, pickles, onions and served on a signature bun for $1.99, or can be part of a combo meal. The Impossible Burger was first introduced in 2016 at Chef David Chang’s Momofuku Nishi in Manhattan. It’s the only plant-based burger to win a 2017 Tasty Award and a 2018 Fabi Award from the National Restaurant Association.

This goes to show that to succeed, vegan sandwiches need to be more enticing and higher quality than the meat-based products on your menu.

Zarco USA, which just launched a new barbeque restaurant concept in one of its c-stores in Kansas, sees the value of offering a vegetarian option within its meat-centric menu.

“We’re doing a Portobello mushroom steak sandwich to meet the needs of those customers that want something different and better-for-you, said Scott Zaremba, owner of Zarco USA, which has two locations in Kansas. “If we can offer a menu item better than the competition and provide those additional choices, we want to do that. We’re a full meat house, but vegetarians (or those seeking a meatless option) can still eat here.”

The Stanley James Smokehouse is located inside the convenience store. When customers walk in, the restaurant is to the left and all convenience items are to the right. The kitchen and meat smoker are co-located on site, so all meats are cooked and prepared right at the c-store.

The restaurant has been open about two months.

Zaremba has been working on the barbecue concept for two years.

“Two years ago I decided that we had to differentiate ourselves again,” Zaremba said. In the past, Zarco USA had featured a sub business, as well as pizza and chicken options, all of which matched what the industry as a whole was offering.

“The major c-store chains all have those offerings also. They have sub sandwiches and commissaries where they make the sandwiches and then ship them to their stores,” he said.

Zaremba partnered with a friend from high school who is now in the grocery business to create the Stanley James Smokehouse proprietary concept.

Zaremba said it resonates with customers that the meats are cooked on site and the sandwiches are assembled fresh in the store, rather than shipped pre-made from a commissary in large batches. Customers can also order handmade French fries and handmade desserts including apple and peach cobblers.

Zaremba is seeing a big demand for spicy fare. To meet changing trends and keep excitement fresh, the restaurant offers specials every week.

In the cold grab-and-go section, sandwiches are packaged using clear cellophane, labeled with the Stanley James Smokehouse brand and sold by the pound.

“It’s easier to manufacture that way because you’re not pre-weighing the product and trying to make everything identical. Being handcrafted, the sandwiches are always different. So you can get a sandwich for $2.50, or $4.90 or whatever it happens to be because some have more meat on them,” Zaremba said.

Currently, Zaremba is testing a signature breakfast-sandwich menu. The breakfast sandwiches are made on either biscuits or toast, and include bacon and ham smoked in-store. The restaurant also features its own breakfast potato recipe.

Quality is the key to a successful c-store sandwich program, agreed Tim Powell, vice president and senior analyst for Q1 Consulting LLC. Before considering the latest ingredient trends, c-stores should first focus on mastering consistent execution of their sandwich program on a daily basis, he advised.

That includes ensuring each sandwich is fresh, appealing, packaged in attractive, transparent packaging and clearly labeled. One of the most important hurdles to master is ensuring sandwiches that don’t sell are being discarded in a timely manner. C-stores should adhere to a 5-11% waste tolerance.

Sandwiches must look fresh—something many c-stores still struggle to perfect. “A lot of times there’s only one turkey sandwich left and it looks like it has been sitting there a long time,” Powell said.

The quality and efficiency of a c-store chain’s central kitchen is an important consideration. As demand for grab-and-go sandwiches rises, central kitchens must be able to maintain a consistent product between locations, Powell said.

“Made to order is also a very big trend right now in convenience stores. Gen Z and Millennials want made-to-order products,” Powell said. “They’re associating freshness and quality with the sandwich when it’s being made in front of them, or there are clear cues like the way it looks or a best-used-by date on the packaging.”

In light of the made-to-order trend, “in-store restaurants are becoming increasingly popular in more of the retail realm as a whole, including at grocery stores,” Powell said.

Many supermarkets today offer various stations where customers can get any fare they desire customized, and c-stores need to be watching and adapting to that demand before other channels take the lead.

Even with a strong made-to-order program, c-stores must still maintain a high-quality grab-and-go section, as most c-store customers are choosing c-stores for speed of service.

The ultimate goal should be to make your c-store a top-of-mind sandwich destination for customers, said Powell, by meeting customer demands, while providing a multitude of hot and cold beverages and a level of quality that makes your food offering competitive against other channels.