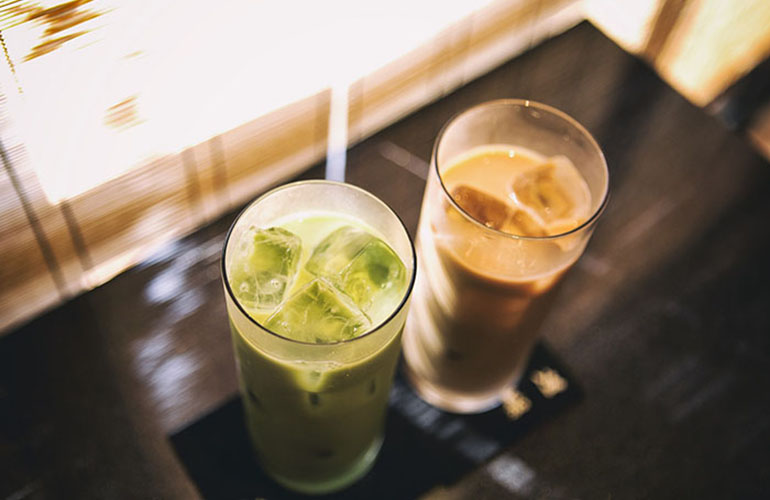 With all things international making waves in many food channels, tea trends in c-stores have followed suit. Packaged Facts’ report “U.S. Beverage Market Outlook 2018” noted four tea trends are expected to drive growth in this country’s tea market over the next four years, including matcha, moringa, Sencha and mizudashi, which is cold pressed tea.

Although still robust, the juice category dipped 0.9% in 2017, according to a report from Beverage Digest.

As for tea, it is consumed by more than 158 million Americans daily, according to the Tea Association of the USA. Refrigerated ready-to-drink teas generated more than $1.36 billion in sales at U.S. multi-outlets for the 52 weeks ending May 20, 2018. That’s an 8.3% increase compared with the prior-year period, according to IRI, a Chicago-based market research firm.

“From a consumer standpoint, the search is for ‘healthy’ alternatives to ‘sugary’ drinks,” said Terri-Lynn Woodhouse, who runs the training company Ultrability in Ontario, Canada. “With that, chains are reacting by offering all-natural and organic options for the customers. It’s a great thing because not only does it give the consumer a greater variety to choose from, it offers c-stores as an alternative to the high-end coffee/tea/juice bar chains.”

SUGAR ALTERNATIVE
NOCO Energy Corp., which has 39 locations in western New York, saw relatively flat juice and tea sales over the past year.

“I think when it comes to juice, many customers reading the labels are scared by the sugar content and moving over to water,” said Melissa McPherson, NOCO’s category manager. “As for the iced tea, we are seeing some tea drinkers moving over to kombucha.”

As for flavors, there has been an increase in hibiscus, passionfruit and pineapple tea varieties over the past year, and unsweetened continues to sell well, she said.

“Arizona moved from the bubble top 34-ounce bottle to a taller traditional bottle, which makes it look larger in volume,” said McPherson.

Juices have been capitalizing on healthier ingredient profiles, as is evidenced by Tropicana’s recent introduction of Tropicana Kids, as well as its new Tropicana Coco Blends, which includes a splash of coconut water. 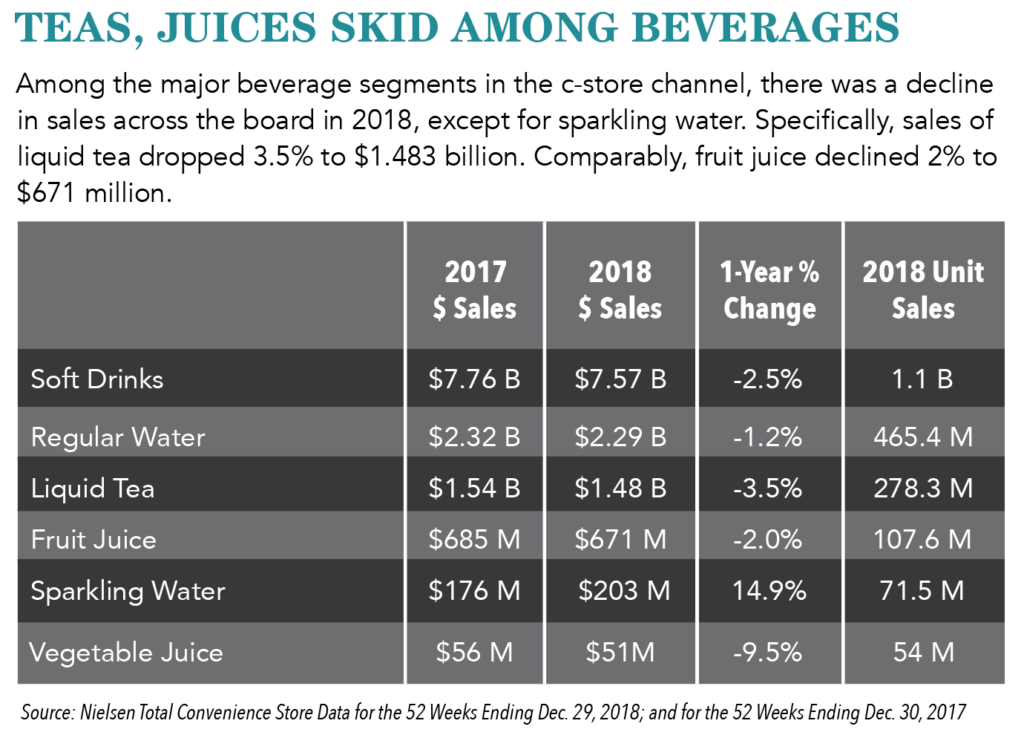