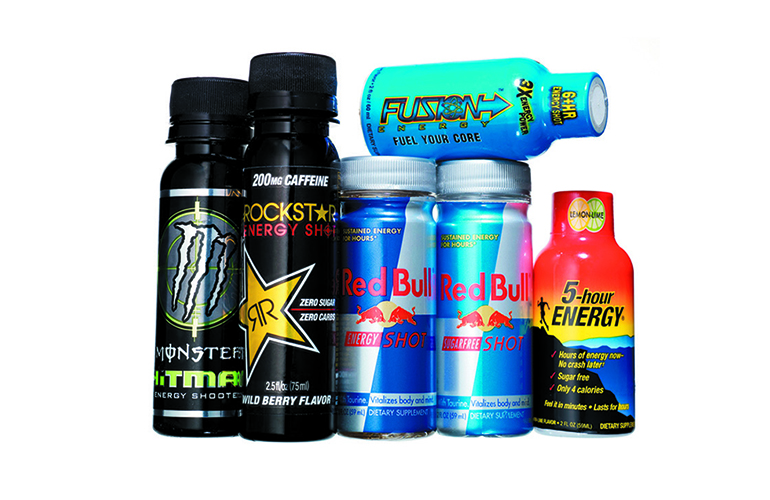 5-hour Energy continues to dominate the conveneince category with a nearly 93% share of the category in 2018 despite sales, which totaled $699.5 million, dipping 0.4% from 2017, according to IRI, a Chicago-based research firm.

Overall, the nearly $700-million segment saw a 0.8% decline last year, according to IRI. This is due in part to some consumers switching from shots to functional sports nutrition drinks that contain ingredients such as branch chain amino acids (BCAA) and creatine.

“The energy shots category has been kind of stagnant and not moving,” Rezaeepour said. “It’s been slowing down for a while.”

In the Midwest, Ken Patel, an 11-store, Schaumburg, Ill.-based 7-Eleven franchisee and former president of the 7-Eleven Franchise Owners Association of Chicagoland, is a proponent of energy shots, calling the category fairly stable. At the same time, he admitted, “It is not growing anymore. It started slowing down about two years back.”

REPLICATING SUCCESS
Taking into account the loss of momentum of energy shot sales, Steve Nachwalter, principal of the Nachwalter Consulting Group in Las Vegas, said convenience stores would do well to emulate the successful efforts of other retailers who are having success selling energy shots, especially 5-hour Energy.

“They can look at what 5-hour Energy is doing and just replicate it,” Nachwalter said. “5-hour is the top, top guy. Where do they place in every convenience store? On what displays? In what sections, or what part of the front? Are they next to gum, or are they next to chicken wings? You’ve got to run all of that and then replicate their identity.”

C-stores can look at product placement at competing retailers, including from other channels.

“While energy shots are starting to mature as a category, the change in the legal status of CBD in many states may breathe new life into this category,” said Ryan Mathews, a principal of Black Monk Consulting in Detroit.

More interest is being paid to CBD — a non-intoxicating compound found in cannabis plants, Mathews said. “A wide range of traditional categories from cosmetics to skin care and beverages are finding new life by jumping on the CBD bandwagon, so why should energy drinks be an exception?”

Interestingly, the category may receive a shot in the arm with the arrival of products that incorporate hemp. For example, the Hemp Energi shot — a two-ounce product containing hemp oil and eight nutrients — launched test pilots in San Diego, Calif. and Miami, Fla. during the second half of 2018, and is reportedly available in more than 1,000 outlets. 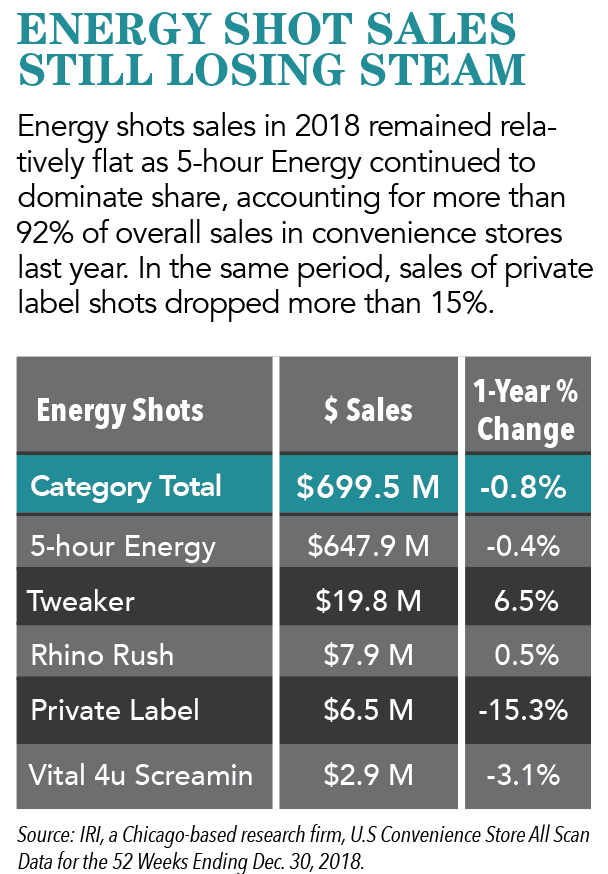