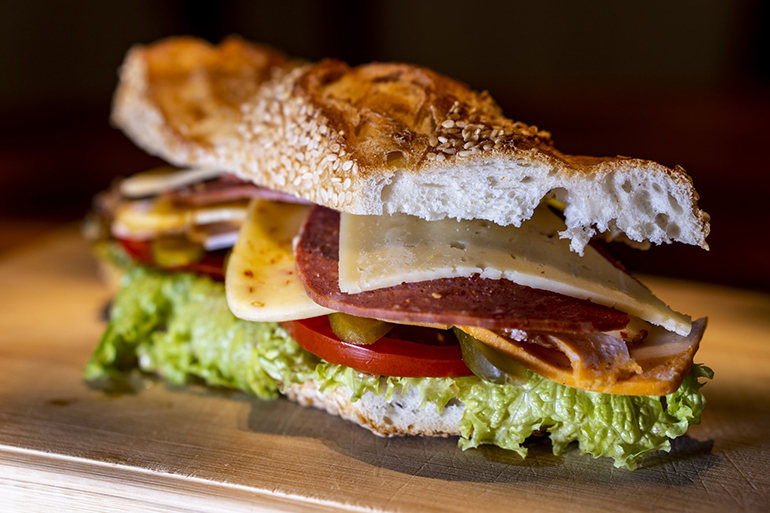 Although sandwiches are already the No. 1 U.S. food consumed at lunch, which was as true 10 years ago as it is now, there is still “tremendous opportunity for growth for operators who are willing to innovate and elevate” their offerings, said David Portalatin, food industry advisor with NPD Group.

“That could be as simple as changing the breads, for example, using a tortilla to create a wrap instead of two slices of bread,” Portalatin said. “Or it could be using premium meats and artisanal cheeses or more healthful or locally-sourced ingredients.”

Pointing out that 61% of consumers say they want to add more protein to their diet, Portalatin suggested that c-store retailers call out that attribute of their sandwiches. The same goes for the No. 2 attribute consumers want, whole grains, so it would be smart to leverage the use of whole wheat bread.

On the other hand, there is still great interest in old favorites. Within the convenience store segment, Portalatin pointed out, bacon, lettuce and tomato (BLT) and breaded chicken sandwiches have experienced growth over the past year.

“Breaded chicken, for example, is not necessarily a growing category, but players in the marketplace who differentiate and execute it well have seen growth,” he continued.

In its 2019 SNAP Report on sandwiches, Datassential called out chicken as the most common variety of sandwich on menus. The meat was included in 78.7% of sandwiches at foodservice operations.

HOT PROMOTIONS
Fourteen year ago, Cubby’s convenience stores, which has 36 locations in Nebraska, Iowa and South Dakota, differentiated their hot sandwich offerings with the introduction of the “Junction Burger,” said company president De Lone Wilson. This item features wrapping a protein such as hamburger patty or chicken breast and toppings in pizza dough and baking it.

Junction Burgers are available in several varieties: cheese, double cheese, bacon cheeseburger, chili cheese and chicken cordon bleu. For the past couple of years, Cubby’s has done a lot of promotion to familiarize customers with the Junction Burger brand, resulting in increased sales.

To differentiate Cubby’s grab-and-go wedge sandwiches from its competitors’, the stores bake their own white and wheat bread loaves and hoagie rolls.

“We’ll also heat up their sandwiches if they want,” Wilson said.

“A couple of years ago, we realized that we were more worried about gross profit percentage instead of how many sandwiches we were selling,” Wilson said. “So, we did a two for $5 special and saw our sales rise. Then we reduced the regular price of $3.99 to $2.99, and that seems to appeal to our customers.”

Sandwiches sell all day and night at Cubby’s. “A big percentage of our sandwich sales are after 9 p.m. when shift workers are looking for a meal and the bars close,” Wilson said.