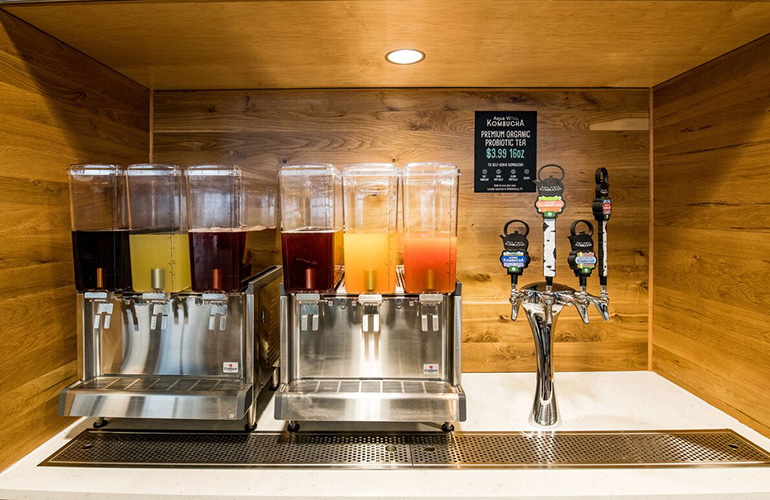 The uptick in interest in better-for-you (BFY) dispensed beverages has, logically, resulted in a decline in soda consumption. Gary Hemphill, managing director of research for Beverage Marketing Corp. in New York City, pointed out soda sales have been soft for more than a decade as consumers seek out both variety and healthier refreshment alternatives. Soda manufacturers are responding with healthier craft soda and sparkling water options.

“We expect the future to be challenging for soda as new products and categories continue to emerge,” said Hemphill. “That said, sodas are likely to remain the second most popular consumed beverage in the U.S., right behind bottled water.”

Local politicians nationwide have tried dissuading Americans from drinking soda through taxes, but have accomplished little. A recent study by the American Journal of Public Health found increasing taxes on soda — as with cigarettes — does decrease consumption, but only locally. Most consumers are willing to drive a short distance to buy carbonated beverages where the higher taxes don’t apply.

Expanding Alternatives
The Army & Air Force Exchange Service (AAFES), which operates 334 Express convenience stores, is grappling with new beverage trends by expanding its alternative dispensed beverage selection to include offerings such as Revolution Tea. Along with traditional sweet and unsweetened tea flavors, the c-stores offer black raspberry and lemonade.

BFY products are entering the market at a rapid pace, Tinoco noted. “We are working with our beverage partners to bring in healthier fountain alternatives like PowerAde and vitaminwater. Bubblers with flavored waters, real sugar and real juices are also something we are reviewing,” she said.

“Industry data shows that growth of Generations X, Y and Z are changing the entire landscape of the business,” Tinoco said. “Products once considered fringe are now mainstream.” 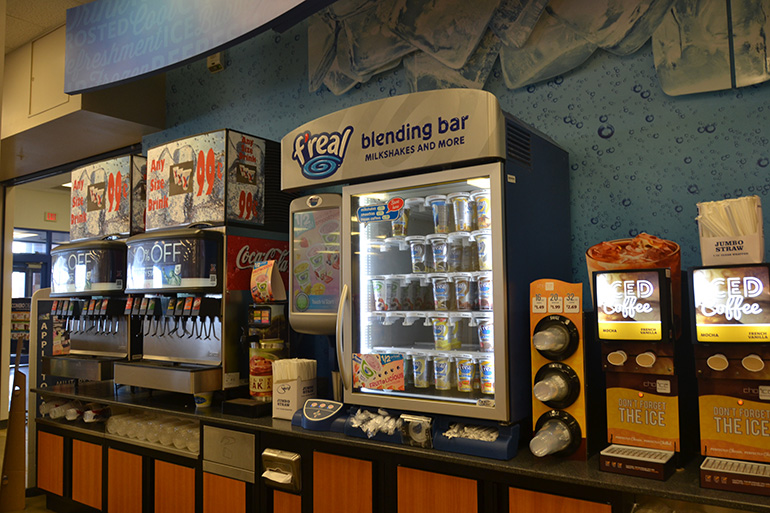 Later this year, Express c-stores plan to test touchscreens to provide an interactive experience for shoppers and allow them to experiment with different flavor combinations.

AAFES launched iced coffee in 2017 and expanded into additional flavors in 2018 to keep pace with trends. It’s also considering nitro-infused programs that appeal to younger generations.

Despite declines, carbonated soft drinks are still among AAFES’ most popular dispensed beverages. The core lineup of cola, diet cola and lemon-lime are mainstays, but flavored iced tea, iced coffee and candy-inspired flavors in cappuccinos and lattes are gaining popularity.

“As the fresh convenience market, we’ve noticed consumers are looking for the same things from cold-dispensed beverages as they are from other areas of the store — fresh food and beverage choices with BFY alternatives,” said Shauna Seidenberg, category marketing manager of dispensed beverage and fast food.

Millennials are driving beverage trends as they lead the charge for healthier and more natural beverages. The c-store industry and beverage manufacturers are responding with alternatives like seltzer and naturally-sweetened products. Seidenberg sees more diversity in the segment than ever before, including a demand for functional beverages: choices such as kombucha, which touts probiotics on tap, made-to-order smoothies with all-organic produce and add-ins like maca and spirulina.

Alltown Fresh takes dispensed beverage products that may be viewed as indulgent, such as its made-to-order smoothies or tapped kombucha, and aims to make them approachable, so customers feel good about incorporating them into everyday meals.

The chain’s made-to-order smoothies are the most popular cold beverage at its Plymouth, Mass., location. The smoothies are made with fresh-cut produce and are sweetened naturally. Flavors include Escape, a “refreshing, hydrating blend” rich in Vitamin C; Power, mixed with a balance of carbs, fiber and fat for sustained energy; and Awake, blended with cold-brew coffee for a boost of energy, plus protein
and fiber.

Customers are upping their standards for what they put in their bodies, said Seidenberg. “We are raising the bar to meet those needs by providing non-GMO dispensed beverage alternatives made with cane sugar, natural colors and natural flavors.”