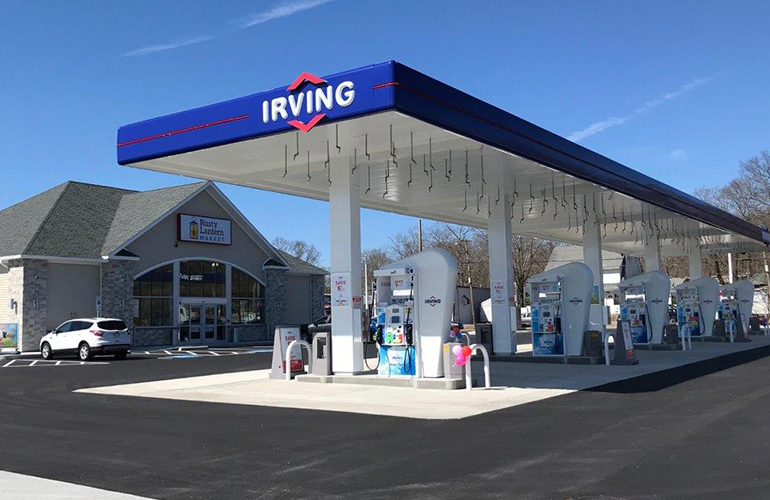 The Irving Oil store in Attleboro, Massachusetts, is one of two newly-built locations added to the company’s roster.

Canada-based Irving Oil, which operates more than 900 retail locations across Eastern Canada and the Northeast United States, invested recently in two brand-new retail locations in New England while selling off another to VERC Enterprises.

The new sites, located in Attleboro, Massachusetts, and Enfield, New Hampshire, opened in early April. The company touts the locations’ fresh coffee, made-to-order deli sandwiches and other fresh food options. Irving also said in a statement that customers can save at least 6 cents on every gallon on top of other ways to save at the pump when they sign up for the company’s loyalty program, Irving Rewards.

VERC Enterprises, a leading convenience store and Mobil/Gulf/Irving gasoline operator with locations throughout Eastern Massachusetts and New Hampshire, purchased an Irving station in Westminster, Massachusetts. The acquisition raises the number of the VERC family of stores to 30, employing more than 350 workers.

“Westminster is a wonderful town,” said VERC CEO Leo Vercollone. “We’re excited to add it to our operations and look forward to serving the community for many years to come.”

In a statement, Vercollone said that all employees of the former Irving station will remain under the new ownership and welcomed them to the VERC family.

Vercollone also said that gasoline pump upgrades are already planned at the location.

In 2017, VERC was named Employer of the Year by both the Massachusetts Commission for the Blind and The ARC of Greater Plymouth