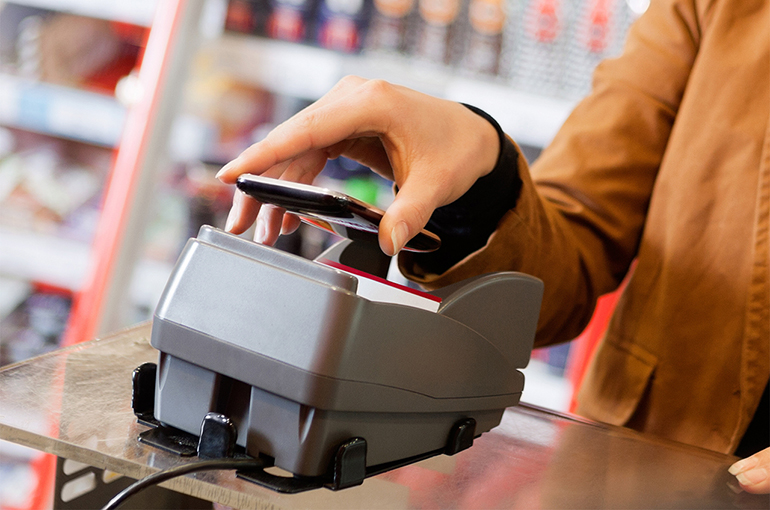 Don’t blink. It’s only been two months since NRF’s Big Show, where I thought I had learned everything happening with point-of-sale (POS) systems that could possibly impact the convenience and petroleum industry. Well, as time moves on, I’ve learned even more since retail’s Big Show, and it’s clear more is on the horizon.

Going Cashierless
Let’s begin on the show floor of the NRF Big Show, where one of the common c-store point-of-sale solutions displayed was various models for competing with Amazon Go stores.

Current POS providers demonstrated how they could accomplish this, including one option that allows consumers’ smartphones to act as the c-store point-of-sale. Others included technology providers aligned with new POS-solution providers. Start-up companies had booth visitors like me walk through a variety of experiences, most not ready for the fuel side of the convenience store industry. The first focus for the cashierless experience is clearly in urban and other highly-populated communities like college campuses and workplaces.

Emerging Solution Providers
International companies and those with supermarket customers are ready to make a play in the c-store industry. These are well-established companies, each with considerable market share similar to the leading U.S. POS vendors. They offer solid solutions that can be extended beyond supermarkets, in part because grocers and big-box retailers have entered the fueling business and are demanding more integrated solutions from their current POS providers.

Two recognized POS company leaders in other industries told me that having a fuel solution and a team of people with c-store and petroleum experience on board has prompted many c-store retailers to reach out to learn more. Both expect to have new customers from the c-store industry implementing their company’s solution this year.

An international firm planning to bring its POS systems to market in the U.S. pointed to U.S.-specific POS needs — such as the ability to handle local sales taxes and bottle deposits — that must be developed, refined and tested.

Yet another provider has integrated wearable-POS solutions, which are now ready for states like Massachusetts, where store clerks can authorize the dispenser to begin fueling from wherever they may be within the store.

The restaurant industry over the past few years has seen new POS players enter their industry, and many of these come with a selected or aligned payments processor/acquirer arrangement to their solution. And, new POS companies in the c-store industry are offering “free” POS solutions tied to a commitment to a processor and higher transaction rates.

C-Store Checkout
C-store operators aren’t waiting for solution providers to deliver the “what’s next.” Instead they’re either implementing solutions they’ve developed on their own or seriously considering this approach. A top-30 retailer recently began an implementation of new POS software after discussions with its long-term POS provider, who was less than willing to develop the features and functions the business had identified as critical to its growth plans.

Another c-store retailer, having customized their chain’s POS system from a “Top 3” solution provider 20 years ago and continuing on as new requirements have been identified, is considering a new POS system that would take advantage of new tools they’re writing and their current provider has shared with them.

The willingness to pilot new solutions and to be innovative has grown.

One chain, with almost 90 stores and with a new store concept, which can be a stand-alone store or be incorporated into the existing operation, turned to its current POS provider for solutions. It found that, with some changes, a current product for other retail segments would be worth testing.

Self-checkout is gaining momentum in the industry in part from labor concerns and wanting new customer experience options. This drove a Northeast chain with more than 250 stores to agree to testing a new solution from its existing POS provider.

C-store entrepreneurs are pushing the envelope by challenging the status quo of the current c-store point-of-sale landscape. One young member of a family-run business put his college experiences to work in his father’s stores and developed his own iPad-based POS system that is up and running. And, it’s about to be installed in a 100-store chain.

Technology Plays
At c-stores, POS-system financial investments have, in recent time, been for compliance reasons or to aid the launch of new foodservice programs. Retailers often wish to extend their POS investment as long as possible. Now, a technology that helped transform data centers, virtualization, is emerging at retail sites. Virtualized POS moves the software application and operating system from the terminal hardware to a shared in-store infrastructure virtual server. An East Coast chain has made a recent commitment to this technology and will be extending the life of the hardware in its stores, while expanding the POS capabilities it now needs, including better checkout performance.

Tablet-based POS solutions from the Top 3 POS companies in c-stores are coming to market. In one case, the solution is in pilot, accepting credit and debit only, while another is going through payment certifications, but its solution will have limitations such as the number of fueling positions it supports. Another vendor is expected to be ready by year-end, again with scaled-back functionality compared to its core c-store POS solution.

There’s even more happening, and that’s why retailers need to keep their eyes wide open. When it comes to the cloud, watch for an established provider to announce something soon; POS platforms are becoming reality; POS-as-a-Service — as an alternative to a capital investment; and smart cash drawers — in time for cities like Philadelphia saying “No” to no-cash stores.