S&D Coffee & Tea announced that its President and CEO Ron Hinson is celebrating his 40th anniversary with the company this year.

From his start as a sales representative in Asheville, N.C., Hinson’s unwavering commitment to customer service and satisfaction helped transform S&D’s internal culture to one dedicated to quality and consistency. This customer-centric mindset led the company to tremendous growth and success throughout Hinson’s tenure.

Since being named CEO in 2000, Hinson’s visionary leadership propelled S&D’s revenue growth by 250%. 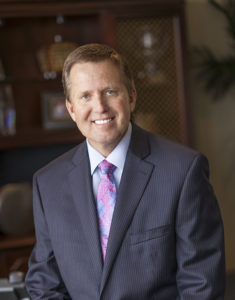 From building a state-of-the-art iced tea blending plant to investing in and building one of the first commercial-sized cold brew manufacturing plants, S&D recognized consumer and customer needs and forged a way to meet those needs. Under Hinson’s leadership, S&D became the largest U.S. custom coffee roaster, supplying the world’s best-known coffee retailers and restaurant chains.

Today, Hinson sees this as the platform to take the company to another level, as a broader beverage solutions provider.

S&D is making an even stronger commitment to its role as a corporate leader, redefining the corporate climate for social and sustainable initiatives that create real change.

With the beverage industry introducing new trends and innovations every day, Hinson is proud to play a key role and plans to be an integral part of the industry for years to come.

In addition to his role as president and CEO, Hinson serves on the executive boards of the National Coffee Association and the Tea Association of America.

“It has been an incredible experience growing with S&D Coffee & Tea over the past 40 years,” said Hinson. “The company has achieved so many amazing things and I feelhonored and humbled to have the opportunity to lead this talented, dedicated team each day. I can’t wait to see what’s next and look forward to many more exciting new ventures.”