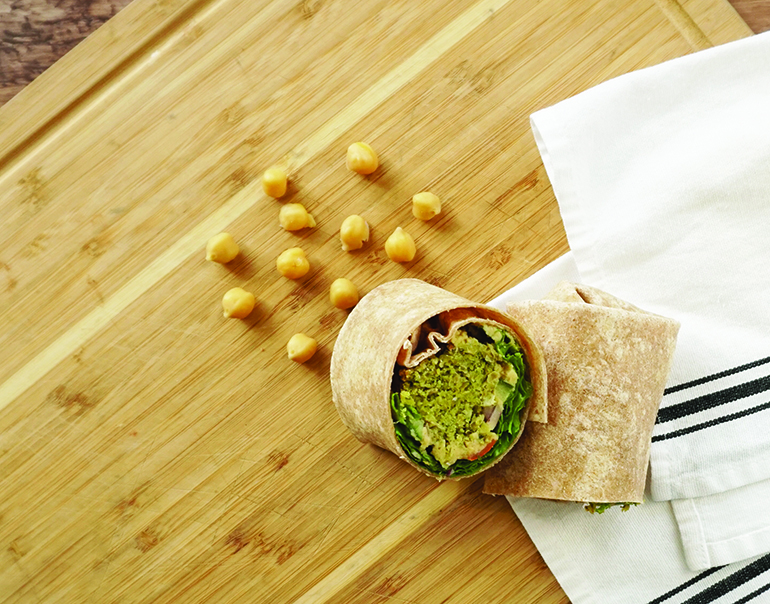 Lore said one-third of the stores also have robust burrito and taco programs. Between the breakfast and lunch menus, there are nine different varieties of made-to-order burritos. A recent addition packs a double punch with a Korean pork in gochujang sauce burrito.

Lore and his team are working on a new hot sandwich program for Maverik’s made-to-order stores. In the world cuisine realm, trending protein flavor profiles such as carne asada (steak), pork carnitas, spicy tomatillo chicken, chorizo and traditional ground beef will be available. All stores undergoing remodeling and new locations will also have the hot sandwich program.

Two-and-a-half years ago, Maverik launched street tacos, which remain top sellers. In the last week of March, this item trended 14% up from the year before, Lore reported. Nachos topped with the same proteins are also available.

“We sell a ton of soft-shell tacos; they’re often ordered in quantities,” he said. “We can cross-utilize the meat in dozens of different menu items.”

For the burritos and quesadillas, customers can choose from traditional, sundried tomato or whole-wheat tortillas and have them toasted in the oven or pressed on the panini grill. They can top their Hispanic creations with regular, chipotle or black-bean salsa; guacamole and sour cream.

“Our entire menu is available 24 hours a day so if someone is craving burritos at midnight they can get them here,” Krebs said.

Some customers are choosing international ingredients to create healthier versions of traditional items. For example, some are topping salads with black-bean salsa instead of a mayonnaise-based dressing, he noted. To expand its Hispanic-influenced offerings, Rutter’s, which has 75 locations in Pennsylvania, Maryland and West Virginia, is looking at items such as cilantro dressings for salads, bean options for bowls and side dishes; and spicier salsas. “Consumers’ palates have developed an increased tolerance for heat since sriracha exploded,” Krebs said.

Rutter’s is also considering creamier, sweeter cheeses such as queso fresco and queso blanco; mole made with chilies and chocolate; chorizo; and more citrus and cumin for flavoring.

“Items like the cilantro dressing can be cross-utilized to be a marinade for a grilled chicken sandwich,” he said.

“They fit right into c- stores because they’re a hand-held item that’s neat and easy to eat on the go,” he said.

While 15 or 20 years ago, Hispanic foods may have appealed mostly to a younger demographic, the flavor profiles of these foods now have universal appeal. One opportunity for c-stores, he suggested, is to feature chilaquiles, which is basically just tortilla chips loaded with ingredients such as chicken, cheese and other toppings, like poutine. Another is the torta, a Mexican sandwich made on telera bread filled with different meats; vegetables; refried beans; chilis, such as jalapeños for heat; tomato; and avocado.

“The torta makes it easy to bring in a lot of on-trend Mexican flavors in a hand-held application,” Orwig said.

International & Healthy
Alltown Fresh, a convenience market in Plymouth, Mass., with more stores scheduled to open this summer throughout New England and Upstate New York, wasn’t necessarily looking to get into the international foods category when it introduced its Middle Eastern Wrap, said Jason Cooper, the company’s head of food and beverage.

“We wanted to offer a healthful and tasty protein alternative for vegetarians and vegans,” he said. “We build the sandwich with baked instead of fried falafel fritters, our homemade garlic hummus and Mediterranean salad and top it with tahini all in a whole-wheat wrap.”

An alternative use for the protein is a Colossal Falafel Salad, which combines the baked fritters with fresh avocado; chopped Mediterranean salad; a three-grain blend of brown rice, quinoa and wheatberries; green leaf lettuce; garlic hummus and Mediterranean dressing. Falafel fritters can also be added to any bowl or salad for an extra $2.

Alltown’s house-made hummus is also the foundation for another wrap that pairs the spread with green leaf lettuce, shredded carrots, cucumber and honey Sriracha sauce on a whole-wheat wrap. A roasted turkey breast, applewood-smoked bacon and aged cheddar sandwich gets a Latin American kick from a spicy chipotle aioli.

Ditto on the Latin flavor for a grilled chicken, roasted broccoli, chickpea and quinoa bowl with a sweet chili lime sauce. Two other bowls are also influenced by Asian flavor profiles.

Northern Africa is even represented at Alltown, with a Minty Moroccan Salad, a mixture of quinoa, shredded beef and carrot salad, mint and Mediterranean dressing.

Cooper said these offerings “fit right in with our efforts to offer a breadth of flavors and healthful choices across our menu.”