Blackburn, UK-based EG Group announced today that it has agreed to acquire Certified Oil company’s 69 c-store retail and gas station locations, most in Ohio with a handful in Kentucky and West Virginia.

Certified, founded by Carlyle Baker in 1939, in Piqua, Ohio, is a three-generation family business now led by Baker’s son-in-law, President Peter Lacaillade, who took over in 1998 after Baker’s death. Baker grandson Nick Lacaillade is Certified’s VP of retail operations.

“Our focus has been the customer and the communities we serve,” said Nick Lacaillade. “Our people, working in the stores, are like family.” The chain employs more than 650 associates at its locations.

EG Group’s U.S. subsidiary, EG America, said that those employees will be a big part of how Certified’s stores will fit right in with its other properties.

“The connection the store teams have with the customers in the community and the locations of the stores are highly complementary to EG Group’s existing U.S. operation,” said EG America President Jay Erickson. “We are looking forward to welcoming the Certified family to the team and supporting them in continuing their customer-focused service established 80 years ago by Mr. Baker.”

In late 2017, Nick Lacaillade said Certified was looking at “a slew of properties at various stages to grow our store base.” At the time, Certified had plans to open a new-to-industry store in 2018. It was also planning to overhaul its human resources practices and institute a mystery shopper program. Certified revamped its customer rewards program last year.

The deal does not include Certified Oil’s fuel business. Currently, Certified supplies fuel for its locations as well as another 75 or so other stores.

The addition of Certified Oil is the latest in a yearlong buying spree that has firmly established EG Group’s American footprint.

Today’s announcement will raise EG America’s U.S. ownership to 1,112 stores in 25 states. The company purchased Syracuse, N.Y.-based Fastrac’s 54 locations in early April along with a Martin’s Trailside store in Pennsylvania. EG bought 762 locations from Kroger Co. in April of 2018 and added another 226 stores in December after buying Travel Centers of America’s Minit Mart locations.

“The 69-site network secured will also enable EG Group to extend its reach into new state geographies,” said Mohsin Issa, who founded EG Group with his brother Zuber Issa in 2001 and serves alongside him as co-CEO. “We look forward to investing in the assets and improving the existing consumer offer.”

Started by the Issa brothers with the purchase of one filling station outside of Manchester, England, what was EuroGarages up until 2016 has grown into the EG Group, acquiring in just the past three years around 1,000 outlets in Germany and 1,200 in Italy from Esso, and another 97 stores in the Netherlands.

The EG Group currently employs more than 30,000 people at more than 5,200 sites across Europe, the U.S. and Australia. It also has partnerships with a variety of brands, including Starbucks, Burger King, Spar, KFC, Subway, Shell, BP, Esso, Texaco and others.

EG America is headquartered in Cincinnati.

Fifth Third Securities served as the exclusive advisor for Certified Oil. The acquisition is subject to regulatory approval. 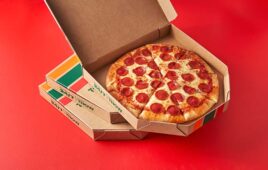 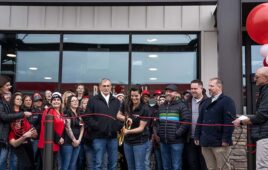